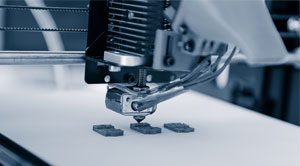 With the inclusion of 3D printing in space exploration, technological possibilities have become infinite.

FREMONT, CA: With the complex mystery compelling everyone toward the infinite emptiness, the urge for solving the cosmic puzzle fascinates the researchers to explore the limitless space. However, expanding the innovative limits with the technological revolution, scientists and engineers have finally initiated to stack the missing pieces of the riddle together. Even with the universe's endless vacuum and mystery creating an existential crisis for most individuals, the addition of sophisticated technologies has satisfied the cravings.

National Aeronautics and Space Administration (NASA) has already collaborated with Made in Space Company of California to ship a 3D printer to the International Space Station (ISS). This printer was to perform a sequence of zero gravitational tests. This experiment was to determine, among other factors, whether astronauts could generate needed space components in order to save on future expenses.

While 3D printers are the technology that many individuals are acquainted with, yet there is one which is one 250 miles above us and beyond human imagination at the moment international Space Station (ISS). It is known as the Refabricator, a variant of 3D printer that can recycle countless times to make new items from polymer plastic. Technicians on Earth who supervise its production via surveillance cameras about the size of a dorm room refrigerator govern the unit.

It is vital for the long-term exploration of space to be able to retrieve and reuse the plastic over and over again. Furthermore, with the cost and distance limiting the regular transformations, the ability to substitute anything while orbiting above Earth makes the functions of astronauts more efficient. The capacity to produce all the components you could need, and without getting a significant stockpile of additional equipment makes the Refabicator a key element of the space center.

Advancement of nanomaterials enables the use of magnetic fields to manage living cells, tissue spheroids, and synthetic micro scaffolds, which in turn, contributes to magnetic bioprinters. Even with the technological rise, the integration of new innovations comes with its own set of advancement and challenges.

The first efforts to produce magnetic bioprinters, however, showed a vital restriction of terrestrial gravity. It is sensible to suppose that in a gravity-free setting, magnetic and diamagnetic levitation will permit not only so-called "pivotal" biofabrication of three-dimensional fabric buildings but also configurable self-assembly of 3-D fabric structures in a regulated magnetic field. Additionally, the practical application of the new outlook notion for formative biofabrication is the space magnetic 3-D bioprinter, which can handle tissue spheroids at low earth orbit.

The aim of the project includes utilizing mechanical arms to construct functional parts from materials discovered in space such as lunar dust, which will further reduce the cost of transportation from Earth. The potential to build and deploy complicated space-based hardware and supersized buildings on demand makes Archinaut, the NASA Technology Demonstration Mission (TDM) a class apart.

Cybernetic fabrication and installation techniques in space are intended to be critical foundations for flourishing space infrastructure and will facilitate robust future solar system exploration tasks. Conventionally, in order to transport raw materials from Earth would start with manufacturing rockets and completely cramming the systematic equipment into the rocket before the launch which will not only cost the space enterprises a considerable chunk of their capital but will further slow the process of space exploration.

Building Structures on the Moon

Bringing or printing? That's the issue. The next reasonable stage in the human discovery of the Solar System is to visit the surface of the Moon, and constructing a Moon base is composed of this vision. However, the probability of supplies getting lost during the journey is not only costly but also illogical. But with the help of 3D printing, the cosmic engineers are planning to make that theoretical concept come to reality.

Not only would residing on the Lunar environment teach us much more about the celestial setting, but it would also assist the researchers and cosmologists in assessing the safety effects of living in space and conducting tests under unique circumstances. It would set the stage for ideas such as commercial space travel, moon mining, and refueling stations for spacecraft, and would be an interplanetary life stepping stone.