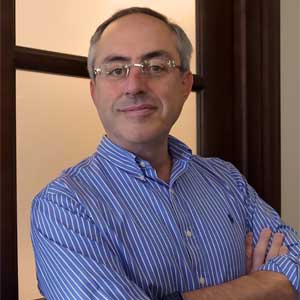 BuyBack Booths technology supports the retailers for their trade-in programs by developing an accurate diagnostic of the condition of a second-hand smartphone.

FREMONT, CA: BuyBack Booth is a Robot-as-a-Service organization that can precisely diagnose the condition of phones. The company has announced its achievement of a $5.2 million funding round in Seed capital. The series was sponsored by Brightspark Capital, and it consists of financing from the Qu©bec government through Investissement Qu©bec.

The company is based in Montreal and was founded by the serial entrepreneur behind TouchTunes (a digital kiosk business that got acquired in 2015 for US$350M). BuyBack Booths technology supports retailers for their trade-in programs by developing an accurate diagnostic of the condition of a second-hand smartphone. The booth and smartphone app can accurately test numerous unique functions in less time so that they can regulate the health of the device from the core and estimate the external state to ensure consistency in the customer trade-ins.

According to Sophie Forest, the Managing Partner of Brightspark Capital, “There are two outstanding reasons we invested in BuyBack Booth. First, the leadership team has a track record of success in the deployment of internationally networked kiosks. Second, we have seen how their technology fills a big need in the growing smartphone diagnostics industry.”

The $35 billion smartphone diagnostics industry has seen skilled technology being implemented in the manufacturing factories and specialized repair warehouses as part of the Quality Assurance process. However, the technology has not yet reached the wireless carriers’ retail stores where required the most. BuyBack Booth can be effortlessly incorporated with the retailers as a part of the stores' present trade-in offering, warranty claim verification, anytime insurance feature, and more.

Tony Mastronardi, CEO of BuyBack Booth, said that “we have had Beta units in the field for over a year and have achieved the reliability and product maturity that makes us ready to deploy our solution to a broader range of retail locations.” He even said that “With the completion of this seed round, we are excited to add the support of solid financial backing as we commercialize this innovative service.”