CaaS: What CIOs Can Expect and its Possible Disruption on Enterprises? 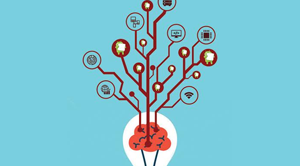 Intelligent Personal Assistants (IPAs) have been here for almost two decades. Most of us might still remember Clippy, the interactive paper clip in Microsoft Office. Clippy helped beginners navigate through the intricate features of Microsoft Word and Excel. When smartphones took over the world, there was new kind of IPAs that were introduced; the kind which combined machine learning and cognition based computing. They were called cognitive apps. Apple’s Siri, Google Now, and Microsoft Cortana are the pick of the bunch.

CaaS platforms are third-party cloud-based operating systems which enable apps to intelligently interact with their users. Almost every major IT company out there is now working on their own CaaS platform including Google, Apple, Amazon, and IBM. Many experts have predicted that in a couple of years competition between CaaS platforms will replicate the OS wars of the 80s and 90s. Siri, launched in 2011, was probably the most popular. Apart from the usual acts like providing weather information and hotel updates, Siri is also known for having a wry sense of humor. Now it is not that hard to imagine applications or software possessing cognitive abilities like Siri.

So What do Businesses Gain from CaaS?

CaaS can help unlock the mysteries of big data and ultimately boost creativity and productivity of professionals and their teams, of industries and organizations, as well as the GDP of regions and nations. IBM Watson’s recent acquisition and deployment of Cognea offers an indication of the potentials of AI as a business and the areas where the market still needs development.

In an interview to Information Age, IBM's Senior Vice President John E. Kelly stated, “We're on the cusp of the 'third era' of computing- one of cognitive computing. In the age of tabulating machines, vacuum systems, and the first calculators, we fed data directly into computers on punch cards. Later on, in the programmable era, we learnt how to take processes and put them into the machine, controlled by the programming we inflict on the system. But in the forthcoming era of cognitive computing, computers will work directly with humans 'in a synergetic association' where relationships between human and computer blur.”

Cognitive systems are capable of offering limitless opportunities to enhance professional decision-making in diverse sectors. For example, the medical and legal professions represent key industries on which cognitive computing is primed to make an early as well as significant impact. These professions depend heavily on an enormous amount of information that is constantly being rejuvenated through the likes of publications, discoveries, precedents, and advances in technology. In reality, experts estimate that the half-life of medical knowledge, or the time it takes before new information becomes a blast from the past, is merely seven years. Therefore, CIOs in medical and legal firms can look forward to some exciting new applications once CaaS “touches down” their respective sectors.

Furthermore, it is impossible for a single human to take in the constant surge of new information, let alone understand it in the framework of existing knowledge. However, cognitive systems such as Watson or Amelia can help with it. Both Watson and Amelia are built to absorb millions of pages of literature and journal articles while updating their knowledge base, constantly.

In addition to the supreme computational capabilities of computers, these tools give an opportunity for IT professionals to improve upon their expertise and decision making. For an example, a cognitive system may help indicate medical professionals with confidence intervals as to the likelihood of certain diagnosis.

Apart from healthcare, financial services, IT, telecom, and insurance sectors will also witness huge transformation once when these industries start to leverage the capabilities of cognitive computing a few years down the line. Moreover, cognitive computing in partnership with IoT connected devices may even play a greater role in mitigating cybersecurity issues.

According to the latest reports, there are more than 500 companies focused on developing cognitive computing systems. IBM has invested almost 26 billion dollars on its cognitive computing platform, Watson, and is betting big on the technology to take the IT behemoth forward. But of course, IBM is far from the only player in the space with so many other contenders including startups nipping on its heels. Google also has invested sizable sums of money into this area. In 2014, Google went on a crazy shopping spree, acquiring about 30 companies with at least four focusing on artificial intelligence. Cognitive Scale, a startup company founded by an ex-IBM Watson pioneer is making waves by utilizing cognitive computing to provide ‘insights as a service’–the next disruptive technology within CaaS.

Another interesting front-runner in the space is Microsoft. With its Project Adam Microsoft has made huge strides in its AI efforts and it is continually raising the heat up with its “Cortana” technology as a front end. We can already do simple things like talk to an Xbox, but the dominance of Microsoft’s office tools like Word, SharePoint, and Outlook point to a much larger impact. Microsoft has the opportunity to provide every user, let alone businesses, with a smart personal assistant. In a few years from now, we will start to see the rise of truly useful virtual assistants.

Indeed, cognitive computing is all set to make a radical disruption in enterprises’ workflows faster than many people’s expectations. According to Deloitte, by the end of this year, about 80 percent of the world’s largest enterprise software companies will integrate cognitive computing applications into their products. By 2020, Deloitte expects the statistic to reach 95 to 100 percent. For years, artificial intelligence as well as cognitive computing was seen as pure fiction or something which was not anticipated to turn up in the next 20 years or so. Well, what to say, we have reached our targets before deadline!

ARMS Reliability: Tapping the Potential of Every Asset

RevealIT Solutions: Helping Organizations Stay Compliant with their IT Assets

CMMS Data Group: The Road to Growth is a Plan of Effective Maintenance