California's Space-Hotel Turns Up Above the World So High Into Reality!

California's Space-Hotel Turns "Up Above the World So High" Into Reality! 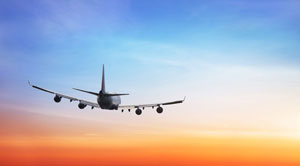 Did you ever think the mind-boggling concept of the Stanley Kubrick movie “2001: A Space Odyssey” would resemble a space-hotel in reality?

FREMONT, CA: It has been more than 50 years since man landed on the moon, but the idea of having a stopover in a space hotel is just fascinating. A company based in California has proposed a plan for a cruise ship-style hotel that will be floating along with the stars. The company looks ahead to launch the hotel off the ground by 2025 and set it up by 2027.

Technology has brought an option of space-based tourism along with commercial collaborations that are under development and will soon be entirely operative in the coming years. The station is not just a space hotel design but a design that works.

As per the digitally rendered images and videos, the station looks like having a rotating wheel comprising 24 modules prepared for orbiting the Earth. The rotating wheels are said to be the features designed to create simulated gravity, and the station rotates to push out the contents from its perimeter. There will be an absolute absence of artificial gravity near the center of the station, but once the occupant moves out or further to the place, the gravitational force increases.

The makers of the new space-hotel have planned to keep a slice of the Earth in space intact. The hotel will welcome its guests with carpets and stylish neutral touches and warm suits along with numerous entertaining activities to enjoy the visit. The activities will focus on games that cannot be played on the surface of the Earth, for instance, jumping much higher due to the decrease in gravity and lightness. Apart from that, the organization also intends that the station can be utilized for research purposes and asteroid mining.

Sustenance on the station will not be an issue as necessary measures are being taken to keep the occupants safe and unharmed by low gravity. It will recycle everything into something or the other with zero-waste disposals. Moreover, the space-hotel uses methane as a replacement for petroleum-based fuel, which is eco-friendly and indeed the future of rocket design.