Can Smart Cities Hold their Walls Against Cyberattacks? 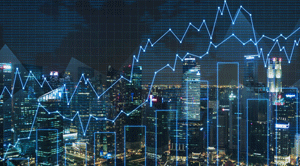 As cybercriminals and hackers turn their gaze toward the treasure troves of data concealed among the looming smart cities, government agencies have to employ robust security measures to stand their ground in the cyber war.

FREMONT, CA: The rising concerns regarding climate change and global warming has necessitated sustainable living. To meet this end, it has become imperative for the governments to manage the human lifecycle. The latest technologies such as machine learning (ML), artificial intelligence (AI), internet of things (IoT), big data analysis, and automation have led to the emergence of smart cities. However, the utilization of modern technology to facilitate a better living has necessitated strong governance as well as robust policies regulating it.

Regardless of what one may imagine, big data is not an abstract concept, but rather a raw representation of human behavior, their needs, and their inclinations. It can be considered as the blood that flows through the nerves that power the smart cities. However, the lack of immunity in the blood can lead to the infection of the entire city. Often, data privacy is an afterthought. It is not uncommon for data security to be sacrificed for speed and progress. Hence, it is imperative to have robust regulations and cybersecurity features to secure the data.

Digital identity also plays a vital role in the smart city infrastructure. It is the basis of enabling quick and automated transactions. However, it can be detrimental to the privacy and security point of view. The identity of the citizens linked to IoT devices might be shared with third parties, which needs to be regulated by the government. Hence, there is a need for the creation of verified digital identities.

Even with the abundant availability of smart products in the market, government agencies have to regulate their adoption. Security failures in smart cities could create severe consequences which could impact the entire connected infrastructure. Unsecured devices, networks, and gateways can potentially attract hackers and cybercriminals, causing city-wide chaos and disruption.

Amidst the security concerns, it is imperative for government agencies to deploy security measure and secure the connected infrastructure of the smart cities. Organizations can leverage decentralized technologies such as the self-sovereign identity (SSI) to protect the privacy of citizens. Since the adoption of smart city technology is inevitable for the enhanced management of resources, the government should also invest in authenticated, authorized, and encrypted services. Only by promoting robust cybersecurity, government agencies can ensure sustainable living in smart cities.