Can the Emergence of Artificial General Intelligence Bring Machines to Life? 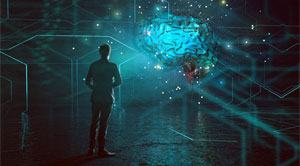 The incorporation of cognitive architecture models in AI has birthed novel branches such as artificial general intelligence (AGI), which can potentially lead to the development of human-like AI.

FREMONT, CA: Developing a human-like robot goes far beyond assembling metal limbs and controlling them with microprocessors. Over the years, active research has been conducted in the field of AGI, trying to combine the various robotic capabilities into an amalgamated infrastructure. However, cognitive intelligence studies have often found obstacles in the form of numerous competing hypotheses and models.

AGI stands in contrast to traditional AI technology. In comparison, AI is mostly utilized for specific applications.  Also, the early research on AGI was conducted by dilettantes rather than seasoned researchers. However, the trends have changed, and the new field has attracted the focus of academics as well.

In the AI sector, soar cognitive architecture focuses on the psychological and biological structures. It explores longer time scales and high-level cognitive capabilities to build robust AI systems. In the case of ACT-R, it models after human cognition, while also mapping the processing to the brain. It relies on shorter time scales and comprehensive modeling of low-level psychological structure.

In the year 2017, the Standard Model of the Mind was proposed. It served as a general reference model for research and application development related to AI. A new proposal demands the formation of a similar model for human-like minds to guide the design of computational entities based on human cognition.

When it comes to AGI, attempts have been made to develop a single equation comprising all of AI and to amalgamate different AI capabilities into a single entity. The cognitive architectures, however, rely on learning and decision mechanisms, on which the teaching algorithms are programmed.

Cognitive intelligence is a complex subject in itself. The biological evidence hints that the architecture and underlying structure of the brain might have taken thousands and thousands of years to evolve into what it is today, rather than a bunch of neurons coming together at birth. The sophisticated branch of AI has also birthed a behavioral approach in robotics.

The concerns in the field of AI are mostly focused on data privacy and cybersecurity rather than the capabilities of the AI itself. The journey toward AGI is only starting and is not likely to stagnate any time soon. AGI development will require innovations in algorithms, hardware, as well as a comprehensive understanding of the human brain and its cognitive architecture.