Can The New Silicon Valley Startup be Relied Upon To Save Lives? 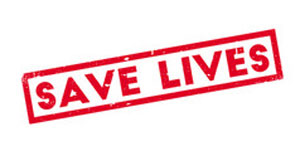 One Concern, and AI platform, has been developed to predict natural disasters, is a tantalizing solution. However, it is new and untested. Can it be relied upon?

FREMONT, CA: Recently, there has been an investigation on One Concern, a Silicon Valley startup, which is specifically designed to support cities and counties in the event of natural disasters by creating disaster response plans. The company uses a plethora of data from various sources for predicting the ways earthquakes and floods can impact the city, on a building-by-building with 85 percent precision, within 15 minutes of the disaster hitting the town.

However, many cities like San Francisco are ending their contract with One Concern because of their doubts regarding the precision of the company’s predictions. The heat map style interface should show city officials the real-time damage prediction post an earthquake and deliver damage levels for every block, thus assisting planners in deciding how to divide resources to reach people who are in need.

The design’s simplicity made San Francisco’s former emergency management director adopt this platform. It is more intuitive than a free service offered by FEMA for forecasting earthquake damage. However, according to Seattle’s emergency management department, there were gaping holes in commercial neighborhoods in One Concern’s earthquake stimulation map. One Concern justified this by saying that the company depends mostly on residential census data. It was found that One Concern’s future earthquake damage assessments were unrealistic. The building where the emergency management department operates was earthquake-safe. But, the algorithms of the company determined that it would have severe damage. One Concern also displayed larger than expected numbers of structures at risk because it had calculated every apartment in a high-rise as a different building.

In fact, many former workers shared their misgivings regarding startup claims. Unlike other competitors such as flood prediction startup Fathom, the company’s algorithms have not been tested by independent researchers with the results printed in academic journals.

Now One Concern has started to join hands with insurance companies which can utilize its disaster forecasts to raise rates, in part as only a few towns have paid for its product so far. This move resulted in some former employees to feel disillusioned with the mission of the company.

The investigation also revealed that the startup’s initial success—with $55 million in venture capital funding, advisors like retired general, the former CIA director David Petraeus as well as the team members such as former FEMA head Craig Fugate — was developed on misleading claims and sleek design.

With more devastating natural disasters coming up, cities need to contemplate on the planning and response to emergencies.

With faulty technology, which is not even precise as the company says, One Concern could be putting the lives of people at stake.