Challenges For Developers in the Internet of Things Era 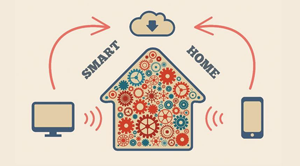 The concept of connecting domestic appliances to internet is only a prelude to the greater applications of Internet of Things (IoT) technology, which in its heightened form will impact every area of human activity. In a fully connected world where both animate and inanimate objects interact, managing the volumes of generated data is possible only with seamless integration. This includes data transmitted from gadgets, automobiles, homes and even from the natural environment. The innumerable actions and patterns of daily activities if recorded and utilized for establishing connections can reduce workloads and redefine comforts. It will enhance the quality of life by opening up a high-yielding living environment where devices work in tandem, irrespective of the nature of their operating systems or applications.

From accomplishing inexpert tasks to those requiring master skills, the connected home technology can make life easier in many ways. Most of the everyday activities such as driving, reading, listening to music and shopping can be improved with the automation and controls offered by interconnectivity. To establish a fully connected environment, it is essential to have a free flow of data among devices as well as third party applications and services forming the loop. As many of the IoT providers focus on proprietary software and interfaces, interconnectivity and security pose the biggest challenges in progression of this technology. Without standardized protocols for interoperability of devices, end-to-end integration, manageability and connectivity, these problems are bound to remain in the future as well.

The lack of standardized protocols will also create a big burden on the backend teams, especially the developers who are creating applications for the IoT era. By the year 2020, ten million software developers are expected to come on board the IoT domain. Here are three major challenges facing the IT departments in the Internet of Things:

Seamless programmability and consistent communication protocols are essential for utilizing the full potential of connected devices. Other than IoT, no other embedded system designs require a large number of language options during the development stage. Thanks to Linux and Windows 10 that offer minimum restrictions on use of languages for embedded development. IoT providers should try their best to develop the on-device and the backend applications in the same language and that too by teams who collaborate with one another. Because when technical departments connect to each other throughout the developmental stages, code-sharing happens and this solves data translation issues at both the ends. “You may not have the resources to develop everything and sometimes you may face issues with capacity, bandwidth and processing power that prompt you to make selections,” says Tom Kerber an analyst at Parks Associates. “But limiting those choices to the critical few is what really matters” he emphasizes.

Poor security can impair the brand leading to denial-of-service attacks and data theft. A plethora of challenges come in way of developing a robust security model for the connected home environment. More serious issues can crop up for products such as industrial equipments or automotive software. Malware that interferes with the functioning of machinery, equipments, or systems is widespread in today’s world. The Stuxnet attack on nuclear centrifuges in Iran is an example that clearly shows the exploitation of digital world to shatter the physical assets of a nation’s critical infrastructure.

It is on the part of developers to ensure the highest standards in implementing security into an Internet of Things (IoT) gateway. The IoT gateway steers the gathering of information from sensors and communication with actuators, thereby becoming a key component in controllability. The gateway that provides Input/Output access to developers can be installed in a home system, automobiles or Industrial control equipments. A gateway improves functionality of the connected environment to a large extent, than simply enabling communication between sensors and actuators. It features an interface such as an Ethernet port or a WiFi interface that links to the LAN or a WiFI network. Depending on the IoT scenario a large number of gateways can come into play, where each of them connects multiple sensors and actuators in a systematic way.

One of the best practices in safekeeping data is by creating a security framework that employs public-key cryptography to authenticate communications between remote devices and gateways. This method prevents hackers from gaining access to data from interconnected devices, as it thwarts their attempts to send unauthorized control signals. Also, attention should be paid to reduce the risk of unauthorized software being installed into an IoT infrastructure. This can be controlled by setting up a framework that validates the software information.

Functionality test of the IoT infrastructure

IoT applications should be subjected to rigorous testing conditions than traditional software, due to the higher chances of security threat. Self-sufficiency, connectivity and momentum are the three important features that isolate IoT applications from traditional desktop applications. The capability of an IoT device is determined by its active response to the stimuli it is designed for, be it the wearables in health care or the solutions in a retail environment.  Therefore the IoT infrastructure is to be tested for safety, reliability and adaptability on a regular basis. Also, it is important to analyze from the end user’s perspective, which can be achieved by beta-testing with a limited group or a soft launch to gather more data.

Whenever tests are performed, checking for bandwidths, latency and the ability of connected devices to communicate with each other should be of utmost importance. Testing the reliability and dependability of the interconnected devices is an aspect that should not be disregarded as well. Most of the IoT devices, especially the mechanical ones gain speed and momentum, which is capable of damaging property and people. Such devices should be send through stringent testing procedures that should not be compromised at any point