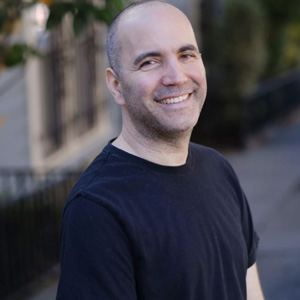 FREMONT, CA: Chia Network (Chia), a state-of-the-art open-source, decentralized blockchain, digital currency, and smart transaction platform, recently unveiled its groundbreaking eco-friendly blockchain, a new digital currency named "chia," and Chialisp, a new smart transaction on-chain programming language. Chia's blockchain is a decentralized global open-source network that runs a payment settlement mechanism using chia, the native cryptocurrency. The company anticipates that its blockchain will be used in a variety of transactions, including cross-border transfers, the issuance of financial assets, and the issuance of secure coins. Governments, financial institutions, companies, and large buyers and sellers of storage will be able to purchase software services and support for Chia's open-source blockchain and smart transaction software.

Chia's blockchain has around 2,000 full nodes in the last 24 hours and 12,500 full nodes after launch, compared to Ethereum's 6,800 full nodes as of March 2021. According to Bram Cohen, many independently run nodes are critical to Chia's success because its core value is based on its ability to remain decentralized. Even the smallest farmer running a node would have a chance to earn prizes for validating the network by farming. Running a node is also a safer way to keep chia in possession.

Banks and currencies are vulnerable to regular shocks such as governmental mismanagement and global financial crises, and they are based on outdated technology. To fix these ongoing problems, Bitcoin was created during one of these banking crises. On the other hand, Bitcoin currently consumes about 64 terawatt-hours a year, roughly equivalent to the energy usage of Switzerland. This energy consumption level is divisive, and it may worsen as bitcoin adoption and energy prices rise. Furthermore, Bitcoin script is limited, slow to create, and has in the past necessitated major changes to the Bitcoin protocol, which can take years to implement. These delays and limitations have hindered building custody and controls into the Bitcoin blockchain.

Ethereum shares Bitcoin's dependence on "wasteful" mining, but it also has its own set of issues. Almost every deployed Solidity smart contract with significant balances has been breached in some way. The Solidity scripting language makes writing software simpler than securing it. Ethereum is best known for the "ICO" fundraising process, in which a fundraiser creates new tokens on the Ethereum network to exchange for bitcoin and ether, both of which are subject to regulatory uncertainty.

Environmentally Green Chia (XCH) Intends to Save The Planet

Chia's blockchain replaces Bitcoin and Ethereum's "Proof of Work" consensus system with the first-of-its-kind "Proof of Space and Time," which requires substantially less resources and results in a more decentralized and safer blockchain. Proofs of Space uses unused disk space to reward those who "farm" it, while Proofs of Time adds protection and predictability to the network.

Chia's blockchain uses Chialisp, similar to how Bitcoin uses Bitcoin Script and Ethereum uses Solidity to program transactions. Chialisp is a newly developed blockchain programming language and on-chain smart transaction creation environment that will allow cryptocurrencies to deliver on their promises of protection, transparency, and ease of use. Applications built on Chia's blockchain are supposed to provide banking-related features. Core features such as financial controls, payments clearing and settlement, and handling the issuance of different assets will be the initial launch's primary focus.

International payments are one of Chia's most common applications, especially in regions with fragile governments or financial systems. The Chia blockchain and Chialisp are expected to allow a variety of transactions, including cross-border payments, financial asset issuance, and secure coin issuance with best-in-class custody and controls, according to the company.