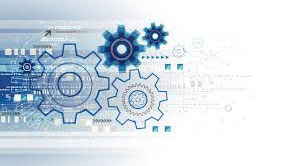 FREMONT, CA: The increasing needs to respond to changes faster and to stay relevant in the competitive market; companies are focusing more on automation now. Many service providers have switched to DevOps practices to create a culture of automation.

Cisco Systems, in a bid to reduce the communication gap between networking professionals and the rest of IT operations team, is developing an application specific integrated chip (ASIC). The chip would handle all the network functions of a company which has embraced DevOps practices. DevOps can be closely connected to software development and IT.

Networks, nowadays are becoming more software-driven which makes DevOps a powerful tool to manage them. The DevOps is designed to build an efficient network where operators can take advantage of the knowledge of an expert in a particular system. DevOps helps to save time, cost, and deliver a better quality of product to the end user.

In a bid to reduce the network latency, Cisco is encouraging the developers to deploy their applications directly on the routers and switches which incorporate general purpose processors. The custom ASICs designed by Cisco helps to handle the network functions as well. Network latency is an issue which developers face while trying to deploy their application on distributed computing environments like IoT.

Cisco is trying to attract those developers as it can take care of the network latency. Cisco already claims to have more than 500,000 developers participating in DevNet. Cisco is also trying to encourage DevOps teams which are reluctant to give up their legacy command line interfaces so that their networking environments could be modernized. Cisco is also planning to embrace microservices and move away from the traditional monolithic services. Monolithic services will make it possible to invoke network services on a more granular level.