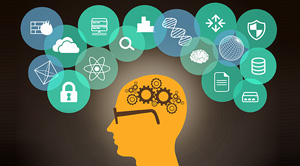 With the continued evolution and emerging adoption of software-defined networking (SDN), new technology related misunderstandings can be witnessed daily while working with both private sector and public sector customers. New technological changes within an organization introduces various sets of challenges for the management and the employees. While adopting any new technology, there are many misunderstandings of its features and drawbacks. There is also a possibility of potential exaggeration about its inabilities and capabilities.

While some large enterprise organizations have embraced SDN and are currently reaping its benefits, the technological concept is still new to most IT managers. This unfamiliarity allows for misconceptions of the technology to take hold, dissuading organizations from pursuing this technology. Due to heaps of misinformation surrounding the hype of SDN, a large number of organizations are skeptical about the myths surrounding it and benefits it has to offer to the organization implementing it. For better understanding the benefits of SDN and the challenges surrounding its implementation, detailed below are the five of the most common misconceptions about the SDN technology:

Having traditional mentality, many users make use of OpenFlow and SDN interchangeably. Openflow is a part of the SDN architecture, as the first major southbound SDN protocol. But Openflow alone is not SDN as it has much more functionality incorporating multiple protocols. OpenFlow is often considered to be the founding father of SDN. Many people still equate OpenFlow, as the first touch point to the new technology, directly with SDN.

SDN's definition is much broader than that of OpenFlow. From a principle standpoint, SDN encompasses the overarching idea of separating control from data. SDN can be leveraged for a more effective and efficient way for companies to execute their networking initiatives. For example, the basic principles of SDN can be applied to other IT infrastructure components, such as security.

It is known that SDN requires advanced programming skills as enabling customization through programmability is a primary tenet of SDN. Consequently, many agencies fear that they lack the skills or that finding someone who does would prove too costly. Hence, they are hesitant to adopt this new technology. With SDN, vendor-supported solutions can be implemented without having to write a single line of code. This can be done by leveraging the organization’s existing skill sets.

By implementing SDN, organizations can decrease the manual tasks and operational overhead traditionally associated with network maintenance. These platforms allows user to consume them via user-friendly graphical interfaces and uses SDN capabilities without programming against it. Users can easily get acclimated, explore, and ultimately drive personal customization using the application program interface once the user is ready.

SDN doesn’t require a drastic or abrupt infrastructure overhaul to be productive although stringent requirements for certifying new IT products are required by federal networks. Moreover, replacing your current networking technology, there’s no absolute benefit to gain. Instead, SDN can be gradually introduced to address a need for specific use cases.

While introducing SDN to a network, a discovery of new opportunities, advantages, and additional capabilities can be found as it expands, opening the door for new services unavailable through legacy system. A gradual move offers a more graceful migration to SDN infrastructure rather than a full swap over.

The data center space is not the only place where SDN applies although most of SDN adoption currently exists in it. SDN adoption can also benefit the networking and security across an entire infrastructure. Federal agencies also face intense scrutiny about infrastructure security as they are high-profile targets. Hence, the new automation and centralized management capabilities offered by SDN can enhance the security of the existing infrastructure. SDN is not just about data center networking, as it also delivers added security for agencies that are constantly looking to increase their security standing.

SDN —Years away from Adoption

SDN is no longer a vague concept that may affect at some undetermined point in the future although SDN is prevalent mainly in the private sector. Worldwide, both private and public sector organizations are reaping its advantages. Federal spaces and government agencies are making use of it to simplify networks and drive innovation with customization. Assessing the potential SDN offers for your IT infrastructure, SDN is proving to be the answer for improving federal agencies’ network automation and security needs.