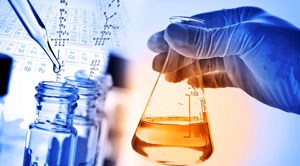 Though there are various types of skin cancers, such as Basal cell carcinoma, Squamous cell carcinoma, Actinic keratosis, and Squamous cell carcinoma in situ, Melanoma poses a monstrous menace to the world. Scientists have found that Melanoma is the cause of a large number of skin cancer deaths. The American Cancer Society has estimated almost 96,480 cases of new Melanomas will be diagnosed in 2019 and 7,230 people will die of it. The panic of this disease is growing rapidly in whites. African Americans are still less affected than whites.

Melanoma is scary, but early treatment can cure Melanoma. Immunotherapy drugs play a vital role in Melanoma treatment. These drugs revive the proteins of the immune system to make it able to attack Melanoma cells. Ipilimumab (Yervoy), Nivolumab (Opdivo), and Pembrolizumab are used to treat this disease.

The protein kinase inhibitors are fruitful for the treatment of Melanoma, but in many cases, tumors become able to escape the action of this kind of drugs. So, the scientists have been trying to build a more powerful defense against this enemy. A study from MIT pinpoints that an amalgamation of kinase inhibitors and ribonucleases can produce a better result in the area of Melanoma treatment. Scientists conducted an experiment with human cancer cells. They observed this combination has a better impact rather than using these drugs separately. The scientists believe this integration of two drugs can stop the tumor cells from becoming drug resistant also.

The intriguing aspect of this research is that Ribonucleases are not alien to human cells. Every living human cell produces it to form a wall before viral RNA. The researchers noticed an unexpected connection between ribonucleases and protein kinases which propelled them to make an amalgamation of these two drugs. They discovered a strong connection between protein kinases and ERK pathway. The protein kinase inhibitors have a definite role in closing the ERK pathway while this discovery can cast a far-reaching impact in the treatment of Melanoma. The scientists want to get connected with pharmaceutical companies that produce ERK pathway inhibitors, and they are interested in using ribonuclease drug with kinase inhibitors.