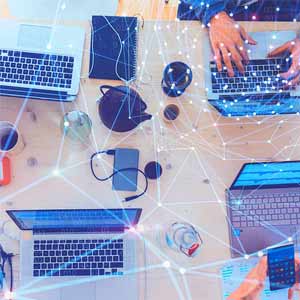 Adobe introduced the Frame.io collaboration platform, which smoothened the work of video editors. It also modified the After Effects and Premiere Pro versions for fast and easy functioning.

Fermont, CA: Adobe availed the National Association of Broadcasters or NAB’s platform to showcase its integration of Adobe’s Frame.io video collaboration program for the creative cloud. Moreover, it also released updates of M1 support for After Effects and Premiere Pro. With such an introduction, video editors, producers, agencies, and clients can now effortlessly collaborate in the cloud. Due to Creative Cloud subscription, video creators can now share their progressive work with unlimited reviewers anywhere globally. Furthermore, they also get comments and annotations directly in Premiere Pro and After Effects without even leaving their timeline.

The video editors can also use the Frame.io accelerated file transfer technology to fast upload and download media of 100GB of staunched Frame.io storage. Simultaneously, they can work on five different projects along with another remote user and can also work with Camera to Cloud. This is the easiest and most secure way to access footage from cameras for editors and other workers. According to the vice president of Digital Video and Audio at Adobe, Steve Warner, the collaboration of Premiere Pro and Frame.io provides customers with the world’s best and only end-to-end solution for video creation. This video creation takes them from design to editorial and then to output. Steve reveals that this is the initial step for creating a powerful cloud-based platform for the future of video creation.

What are the updates in After Effects and Premiere Pro?

Adobe introduced native support for M1-powered Macbooks; additionally, it brought Scene Edit Detection, which is powered by Adobe Sensei. Further, it allowed users to view 2D and 3D layers outside the edge of the frame when using the 3D Draft tool. The group indicator for 3D layers shows which 3D layers are rendered together in the same 3D space, allowing them to intersect and shade.

Adobe reinterpreted Import Header Bar and Export Experience. The Import feature centers on media rather than project settings. The Header Bar has straightforward and centralized navigation for the users, making it easy to switch between fundamental tasks of importing, editing, and exporting. Then comes the Export option, which allows users to upload media to Youtube, Facebook, and Twitter directly.

Lytho: A Go-to Solution to Manage, Create, and Publish Content