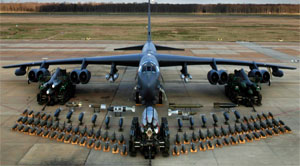 ALBANY, NY:  Commercial aircrafts market worldwide has witnessed a surge in demand for new and advanced aircrafts due to the entry of new airlines and network expansion by existing airlines, reveals MarketResearchReports.Biz’s report "Commercial Aircraft Market (Engine, Parts, And Equipment).

The report provides analysis of the commercial aircraft market with growth forecast for the period 2013 - 2019, wherein market is analyzed from varying parameters, such as by component, jet engine type, and by aircraft type. This distinctive segmentation is based on the recent trends in the aerospace industry which help the OEMs to take prolific business decisions.

According to the report, other factors, such as replacement of obsolete aircrafts and demand for fuel-efficient aircrafts, rise in air passenger traffic, and healthy economic growth exhibited by emerging markets, among the others, are also expected to further influence the demand for commercial aircrafts during the forecast period.