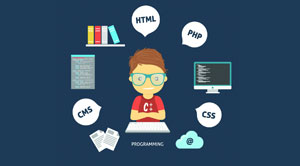 The success of DevOps—development and operations—is its automation and continuous integration of DevOps lifecycle—from planning, coding to testing, release and monitoring. To overcome any testing error and give 100 percent positive outcomes, organizations prefer automation in testing their product; and adopt DevOps. Recently, RightScale survey revealed that around 54 percent of the companies have adopted DevOps and the interest around DevOps is increasing rapidly. There are lots of DevOps tools available in the market, both paid and open source. However, there is a category of tools widely used across automation testing community because of its flexible software-defined platform. But the trickiest part could be in selecting the right DevOps testing tool.

This article will walk you through the most successful DevOps testing tools that every organization should include in their workflow.

Appium is an open source UI test automation framework for mobile, web, native, and hybrid apps. The software supports automated tests on physical devices, simulators, and emulators. The connected devices will be operated by the Appium server, which functions on Appium library inside the actual framework. The tool uses JSONWire Protocol internally to interact with Android and iOS apps using Selenium’s WebDriver. One of the main advantages that Appium provides is the cross-platform app testing feature by leveraging single API for test scripts of both iOS and Android.

Bamboo is a continuous integration server that connects automated builds, tests, and releases in a single workflow that aids in implementing continuous deployment, integration, and delivery. The tool helps to bring the whole picture of the process from test results and deployments, to the entire product team, from project managers to system administrators. It also helps to run tests in parallel batches as it backs around 100 remote build agents.

TeamCity is an all-in-one, extensible, and continuous integration server. The platform is written in Java and helps to monitor externally run jobs such as procmail jobs and cron jobs. The platform is supported by other frameworks and languages with 100 ready-to-use plugins. Installation of the TeamCity is simple and has various installation packages for different operating systems.

CruiseControl includes dozens of plugins for email notification, Ant, and other source control tools. The CruiseControl.NET comprises of two executable components: ccservice.exe and ccnet.exe. ccnet.exe is a console app added for testing functions. It is recommended to begin the test by running ccnet.exe and then to read the output of the console to understand the CCNet behavior and exceptions.

The DevOps testing tool, Cucumber uses Ruby language to run automated acceptance tests that is coded on Behavior Driven Development (BDD) framework. The BDD framework is simple and can be easily understood by developers, business analysts, testers, and managers.

Git is capable of handling individual to large enterprise projects. While Git is a version control system, GitHub is a staging platform that acts as a platform for building and editing developer’s code, and for collaborating and sharing prototypes on projects. By just sending a link to a GitHub project, customers can test-drive the web sites under construction for functionality. For instance, TestRail, a web-based test suit management tool, when integrated with GitHub can help testers, and team leads to centrally coordinate and manage software testing efforts.

Jenkins is a cross-platform application that allows continuous integration and delivery of new software builds and increases productivity. It is an extensible automation server involved in automatic testing and can distribute test loads to multiple computers with different OSs. The tool can also be used as a simple CI server to support Git version control system and to allow unit testing for other technologies applying a host of plugins.

JUnit plays a huge role in the improvement of test-driven development for the organizations. JUnit increases programming speed and ameliorates the quality of code. It is one of the simplest regression testing framework which can easily integrate with Ant, Eclipse, and Maven, and offers features such as Test suites, Fixtures, Test runners, and JUnit classes.

Selenium Automation Framework (SAF) is a customized, portable software testing framework for web apps that has been developed using Selenium. By using a script-less test automation framework, SAF reduces test cycle times, coding efforts, and related costs, which improves the test automation efficiency of apps developed on .Net, AJAX, or Java/J2EE. Selenese, a test domain-specific language is used to write and author tests in a number of popular programming languages such as C#, Java, Groovy, Python, Perl, PHP, and Ruby.

Taking inspiration from JUnit and NUnit, TestNG has been developed to offer some advanced functionalities to the testing framework. It helps to address multiple test categories such as functional, end-to-end, and integration unit. The tool requires JDK 5 or higher installed.

Calabash is used as iOS and android automation testing framework with separate libraries for each. It acts as a bridge to allow Cucumber tests to run and validate on Android and iOS. It puts the results in simple English using BDD. Note that this tool is not friendly to languages other than Ruby.

AppScan is for testing mobile and Web application security during the development process. It not only improves the security of the app but also aids to comply with regulatory compliance. The tool predicts behavior of an application and develops a strategy intended to test all of its functions covering all kinds of application vulnerabilities.

JMetter is a Java-based, open source, user friendly tool. It is scalable and enhances test development and debugging task conveniently. It can also be considered as an alternative to the proprietary software such as HP LoadRunner and Silk Performer. JMeter acts in distributed mode when a higher load is received than a single machine can handle i.e., JMeter machine operates on a number of remote hosts.

BlazeMeter provides further scalability by allowing JMeter to run in the cloud that in turn provides comprehensive test outcomes in ready to read graphs. BlazeMeter also has the capacity to easily integrate with the other CI tools like Team city and Jenkins.

TechIcon, Inc.: Future-proofing IT Architectures through DevOps and Cybersecurity

Enterprise Innovation Consulting: Migration to a Software Factory Made Easy