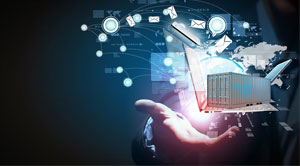 Containerization is widely accepted by large corporations. By leveraging containerization, many companies have come up with new products and services to stay above the stiff competition.

In the burgeoning IT world where a new product surfaces almost every day, enterprises today are grappling to keep a track of the products and choose the one that befits their business. Linux is going to suffice as primer in the containerization realm. Riding on its plethora of open source software variants, linux containers have lured the attention of many organizations. Linux containers come with a wide portfolio of advantages such as simplified execution platform, ability to manage different parameters of an application, among others. Additionally, linux containers have their own memory and network resources, which make them reliable.

Linux containers give users the prerogative of using linux system along with the host operating system. Although this container shares the kernel of host OS, it doesn't have the disadvantage of the host system such as weight and startup overhead. These features makes linux container extremely helpful for application deployment. Since cloud deployment gained traction, there has been an increasing need for a system that simplifies cloud-based application deployment. Linux container is the best answer as it very well caters to this need.

Linux containers already ingrain the benefits of the linux kernel but the biggest advantage of linux kernel is namespaces which creates a barrier between processes and containers. Linux compresses resources together so that it looks like a single process running independent of others. Therefore, in an instance where a process is hacked in some way, the entire container infrastructure is not compromised.

Furthermore, "Linux cgroups" is another advantage of using Linux containers. Cgroups assist in isolating system resources and therefore making them available as and when required. It also ensures that CPU cycles and memory are not used up by a single process. This not only makes the container safe but also makes sure that many applications can run smoothly within a Linux container. With the flexibility that Linux containers provide, developers are able to ease the process of running and deploying application.

Docker has almost become a synonym to containerization. Starting from a container application project, Docker has achieved enormous growth and popularity among businesses across sizes. Docker cashes in on linux containers and helps in deploying application across multifarious platforms. It makes container technology portable and flexible.

Docker continues to be one of the most sought after technologies for container applications. The packaging of applications is the best thing that Docker offers. Each container runs as a single process and hence equal number of containers as the processes running are required. This bolsters security of the applications and ensures smooth execution.

Another advantage of using Docker is portability. As Docker makes containers portable, users can reuse them and extract best results. In addition, users can also scale their application as and when required with Docker container technology. Scalability has always worried the developers. Docker delivers scalability with its unique architecture. As enterprises move towards containerization, Docker is all set to offer a plethora of benefits that cater to their business needs.

Containerization is here to stay and offer benefits to those switching from virtualization. The major benefits include being lighter than virtual machines, quick to boot, infrastructure independent and many others. This makes container technology the best match for immutable infrastructure, which enhances security and offers scalability as well as flexibility in the application development realm.