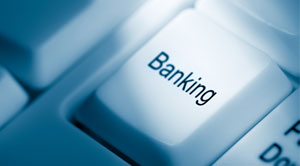 Today, digital consumers are increasingly preferring messaging platforms that utilize voice and text-based interfaces as their mode of engagement. And with the advent of devices like Amazon Echo and Google Home voice enabled engagement has become a common norm. This conversational technology make use of AI, machine learning and natural-language processing (NLP) to create contextual conversations, utilizing the data from previous interactions. The real-time data analysis enables the technology to make the interaction very much like the way humans do. Using the big data available, the machines are extending individualized engagements. This ability of conversational technology has grabbed the attention of the financial organizations as mobile services now seem to be transitioning from transactions to interactions.

According to a report by Accenture, the conversational technology with these capabilities could become the third pillar of a financial institution’s distribution network, joining mobile banking and a smaller branch network. The report also highlights few major components required to build an effective strategy for conversational banking. It might require some banks to restructure their back offices completely, while for other, it may need less effort. Banks may have to hire skilled talents including neuro-linguists, voice recognition experts, AI developers, and CUI designers, while understanding analyzing the technology carefully. Since banks possess tremendous amount of confidential data, they will have to focus a lot on ensuring tighter security and still maintain transparency. This also calls for banks to keep consistent experiences across channels, which may highly depend on the channels of interaction and their security systems that they have. In a nutshell, conversational banking to be successful will require considerable effort to bring the technology on board, while educating the consumers about it.