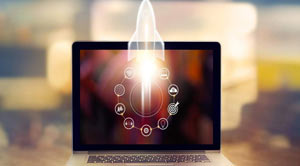 At his new position, Marinelli will offer counsel and direction, and invest in the next generation of software, cloud, and data startups that are striving to tackle the ever-growing challenges in the post-COVID-19 era, with a prime focus on building software infrastructure for highly regulated industries such as government, healthcare, and financial services

Fremont, CA: Conversion Capital, an early-stage venture capital firm, announced that former Blend CTO and Co-founder Eugene Marinelli joined the firm as its newest partner. At his new position, Marinelli will offer counsel and direction, and invest in the next generation of software, cloud, and data startups that are striving to tackle the ever-growing challenges in the post-COVID-19 era, with a prime focus on building software infrastructure for highly regulated industries such as government, healthcare, and financial services.

Along with the new appointment, Conversion Capital is also launching Conversion Labs, which is expected to bring entrepreneurs and engineers under a single roof to develop and scale software solutions for the most pressing challenges reshaping society during and after the pandemic. Former Sun Microsystems CEO and Co-founder Scott McNealy is a key advisor on the initiative.

Along with McNealy, Marinelli will lead Conversion Labs to help entrepreneurs and engineers found and build companies to transition the world to a post-pandemic economy.

"Conversion Capital has been instrumental to Blend's success and has a track record of being the first to fund and build some of the most exciting startups in the past decade, from Improbable to Booster Fuels," Marinelli said. "COVID-19 has accelerated technology adoption by a decade in the past two months, catalyzing a transition to a new economy. Conversion Capital is uniquely positioned to lead us into this new era with investments in startups that will shape the post-COVID-19 recovery across finance, healthcare, and government."

"Eugene's experience at Palantir and Blend makes him uniquely positioned to help find and support other early-stage software startups that are reinventing legacy industries and help them achieve breakout scale," said Conversion Capital Managing Partner Christian Lawless. "Eugene is incredible at scaling engineering teams and will be a vital force multiplier for our new initiative to tackle some of society's biggest challenges."

"Seismic change across the global economy is inevitable — the mainframe, hardware and legacy costs to traditional companies could be crippling without innovation to newer more effective technologies with lower, more variable costs," said Scott McNealy, Founder and CEO of Sun Microsystems. "Conversion Capital is one of only a handful of funds positioned at the forefront of this transition."