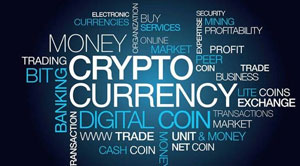 To start building on standard economic rules, first, an active network of cryptocurrency holders needs to be created. They should hold and trade NowCoin, and in the meantime, they should be kept actively attached to the developments of the ecosystem. In this concept, the best way to create a network and constantly keep its members active is to play a game: a game where the network members are constantly watching the core information and statistics portal. “As soon as we are able to create a network of holders, and keep them actively following our information portal, the momentum builds for merchants to join the ecosystem,” states Zoltan Toth, one of the founders of NowCoin Market Game.

The NowCoin Market Game will be an exchange trading game, and will be based on the extremely powerful BitShares blockchain. The core concept of general rewards is quite simple: if a trader holds at least 100 NowCoins on their blockchain address, then every second week they will be entitled to basic rewards, and if they manage to be among the top 1000 holders based on their wallet balance, then they will be entitled to premium rewards. Since NowCoin is tradeable on the BitShares Decentralized Exchange, traders will be able to create different strategies to get to the first 1000. There will also be special bounties, through which NowCoin Market Game will keep the network of holders actively following the core information channels.

When a significant number of holders are involved, then merchants can be drawn into the system to offer their services and products in the NowCoin Market Game network. “We believe that there are many ways for the creation of a new ecosystem. We vote on the fun way. Let’s play together an amazing market game, create a community, have a lot of fun and experience together,” concludes Toth.