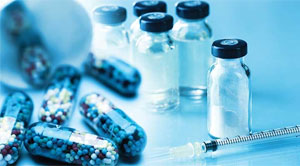 FREMONT, CA –Recently a group of researchers from the United States, France, and Belgium conducted a Phase III MAIA trial. It showed that the risk of disease progression or death was 44 percent lower in the case of Darzalex-Rd when compared to Rd alone.

The Darzalex-Rd is the combination of Darzalex (daratumumab) of Janssen with Revlimid (lenalidomide) and dexamethasone (Rd) of Celgene. According to the study, the combination treatment increases progression-free survival (PFS) of recent multiple myeloma patients who are ineligible for autologous stem cell transplants.

Post 28 months of treatment, 240 patients either experienced disease progression or died. 26.4 percent of them were in the triple combination group, while 38.8 percent in the Rd group. According to the researchers, the overall response rate for Darzalex-Rd was 92.9 percent, whereas it was 81.3 percent for Rd. The incorporation of Darzalex in the combination treatment increased the response from 24.9 percent to 47.6 percent. The study also showed that 24.2 percent of the groups undergoing Darzalex-Rd treatment witnessed results well below the threshold of minimal residual disease. On the other hand, only 7.3 percent of the people in the Rd group saw these results.

According to the lead author and investigator of the study, the scientific evidence facilitated by the study showed the effectiveness of using Darzalex in combination with the standard care regimen. The multiple myeloma can turn more complicated after every relapse; hence, it is vital to undergo optimal upfront therapy. The results of the MAIA study show that the Darzalex-Rd combination therapy is especially useful for patients with multiple myeloma who are ineligible for transplant after diagnosis. Darzalex is the only CD38-directed antibody which is allowed for treating multiple myeloma. Also, patients who have undergone at least one line of prior therapy are allowed to be treated with the Darzalex-Rd combination.

The outcomes of the MAIA study carries out by the researchers exhibit a consistent and effective treatment when incorporating Darzalex in standard backbone regimens such as lenalidomide and dexamethasone when treating patients with multiple myeloma who are ineligible for transplants. The researchers have sent applications to global health authorities endorsing the MAIA results and are looking forward to collaborating with regulators to aid in the treatment of multiple myeloma patients.