Data Center Prototypes to be Built by 3D Printers?

Data Center Prototypes to be Built by 3D Printers? 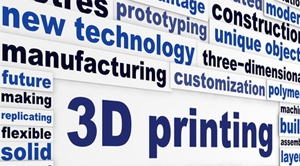 FREMONT, CA: 3D printers have diverse use and lately its prowess is being utilized in designing objects like football cleats, shift knobs, brake rotors and even data centers. An enterprise named IO has come up with positive results by experimenting with this technology to prototype data centers.

The principle is that it works like giant Legos, which can be put together to form large data center facilities. It allows the firm to shape, test and retest the model with ease. IO had earlier spent huge amounts on building prototypes and waiting for it to arrive. But now, they are making use of the 3D printer called Makerbot which has accelerated the whole process of modeling, in a cost efficient manner. It has solved the issues related to assembling, position of interface and human accessibility. The size of the prototypes created would come up to three iPhones put together.

“The beauty of the technology is that it takes the design of potentially complex objects — and the creation of these objects—and moves this away from specialized organizations, putting it into the hands of companies like ours, and individual people as well,” says Andreas Zoll, Vice President of Engineering at IO.

Now, the firm IO can 3-D print the required design of the unit itself, producing a substantial model of the frame from digital blueprints mapped out by Computer Added Design software.  The printer head creates these models by layering tiny slivers of melted plastic on top of one another.

Cade Metz writes in WIRED that this is not a new concept and has been around for more than a decade with Google at the helm. They had tried it in the form of giant data center building blocks in shipping containers. They were fully equipped with electronic, computing and cooling systems which could be taken via road or ship and later assembled to function as a whole. It was also adopted by tech giants like Microsoft, HP and Dell.

“It’s almost like a chess game. We can move things around, in and out, trying to create efficiency during the design process, right at the front-end,” Zoll says.

Metz points out the possibility that 3-D printing could be used to build not just prototypes but actual data center equipment, including computer motherboards and other circuitry.

“You can print things on a small scale to play with them. Architects do this all the time. But building a complete container would be a stupid thing to do. 3-D can’t give you the kind of quality that competing technologies give you.” says Berok Khoshnevis, a professor of industrial and systems engineering at the University of Southern California specializing in 3-D printing.

Nevertheless, IO claims to be one of the first companies to prototype viable data center equipment with 3D printing, but other companies are also sure to catch up with the innovation and find ways of benefitting from it.