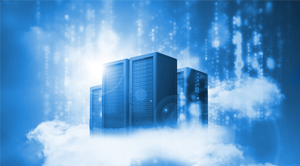 FREMONT, CA: In a recent survey named Data Center 2025: Exploring the Possibilities, by Emerson Network Power, a division of the Emerson Electric Company has tried to chalk out how these structures will look like after 11 years.

Steve Hassell President of Data Center Solutions at Emerson said that they were not sure to what the outcomes of the survey would portray. “We wanted to step all the way back and get a feel of where the industry is going. There were expected results such as increased utilization of the cloud, and some ambitious predictions, such as largely solar-powered data centers and power densities exceeding 50kW per rack,” he explains.

In the survey 800 data center professionals took part and 67 of the respondents believe nearly 60 percent of computing will be on cloud by 2025. 58 percent expect that data centers will shrink in size in future with 10 percent optimistic that the enterprise data center will be just one-tenth the size of current facilities.

41 percent says a blend of air and liquid to be the key method of data center cooling but no radical changes in data center thermal management. 64 percent believe that the future data centers will be more power efficient and turn out the same performance level of data center computing as today. The Data Center 2025 findings predict a major change that will affect the physical environment of the data center and also become self-healing and completely automated.

The report also perceives more usage for renewable energy source in powering up data centers in the coming years with solar in the lead, followed by nuclear, natural gas and wind power. Additional findings as reported by Jason Verge for Data Center Knowledge says “Twenty-nine percent of experts anticipate comprehensive visibility across all systems and layers, while 43 percent expect data centers to be self-healing and self optimizing.”

“On the road, we see sports cars and family cars; we see buses and we see trucks. They have different kinds of engines, different types of seating and different characteristics in terms of energy consumption and reliability. We are going to see something similar to that in the data center world. In fact that is already happening, and I expect it to continue” says Andy Lawrence, Vice President of Datacenter Technologies and Eco-efficient IT at 451 Research.