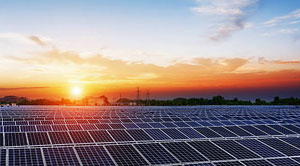 Concentrated solar power (CSP) systems are utilized to generate and store vast amounts of solar energy, which can then be transformed into electricity. Mirrors or lenses are used to concentrate the rays from the sun onto a small area, and create an intense amount of heat. In theory, it is similar to using a magnifying glass to create markings that resemble a design on wood. The most commonly used storage mediums for the heat generated are molten salt, molten silicon, and water.

CSP systems’ appeal lies in the fact that it facilitates storage of solar power. During the day, solar energy technology is used to heat water, salt, or silicon and the heat is stored to produce electricity later when demand is high. CSP installations are capable of developing enormous amounts of electricity.

According to a report in Renewable Energy Magazine, a Swedish company, Azelio has developed a technology that can make CSP installations economically feasible. Azelio’s technology is capable of generating clean electricity on-demand, and 24/7, in a distributed manner and is currently the most cost-efficient technology in the market.

Azelio’s secret lies in a CSP system that uses molten aluminum to store heat, along with a Stirling engine to generate electricity. Scottish minister Robert Stirling invented the Stirling engine in 1816, which operates using heat from an external source and provides greater efficiency than an internal combustion engine. This innovative system is more effective than a conventional CSP system that uses the stored heat to create steam, which is then used in turbines to generate electricity. The Striling engine is a closed system in which the medium—molten aluminum—is constantly heated and cooled without being exhausted to the surrounding atmosphere.

Jonas Eklind, CEO of Azelio states, “We have now proven that our unique solution works and we will continue its development and commercialization.” Eklind also says that Azelio’s system will improve the accessibility of low cost and clean electricity to remote locations. The Azelio system is a prime example of how electricity can be brought to remote areas without the installation of traditional electrical grids.