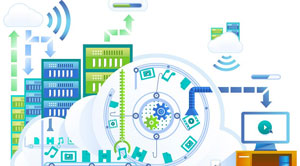 In the traditional software engineering organization, one can see a see a quality assurance crew is often seen separate from the development group, since they have different responsibilities, job descriptions and roles to play. In recent years, modern IT organizations need an opportunity to make a real difference in the way they deliver software, adapting to the radical changes in technology, user expectations and enterprise objectives. Under agile operations, DevOps has flourished as a new way of thinking in the software development space—responding more quickly to market changes, attaining competitive advantage and enhancing business growth. While the DevOps is the way modern enterprises can tackle the drastic changes in technology and its business objectives, Agile methods play central role in addressing the challenges. Today, every IT organization has an opportunity to make a real difference in overall business success. Development and Operations teams are under the gun to deliver software faster, more efficiently, and at higher levels of quality.

DevOps is an IT organizational model in which the administrators work simultaneously with developers in a coordinated and agile environment, bringing together all the functions under one single platform to solve major IT problems and deliver stable business applications. DevOps also acts a two-way street where operations team gives developers troubleshooting information, constant feedback, and other data from the production environment to show how their coders perform in the real world. On the other hand, it also works hand-in-hand with the development team to resolve problems and deliver a quality product.

• Though DevOps fosters new way of thinking to make the development and operations teams work with each other, it doesn’t mean that ops executives and managers will lose their jobs, since DevOps does not imply complete task automation. In reality, testers should learn to raise their gaze and think in terms of code and abstraction; the same implies with the ops engineers.

• In the DevOps cultural shift, service enablement is always a challenge due to the lack of standardization within the organization’s infrastructure. Today, numerous components are enabled with a control plane API or SDK, which is very specific to the infrastructure component technology and have standardized on XML and web services. Common tasks may involve multiple API calls for each infrastructure component, necessitating not only product-specific expertise, but strong knowledge about development tools and methodologies.

• The idea with DevOps is to work towards making security and governance systemic to the applications. Gone are the days of building walls around the applications and data. Governance and security posture needs to be built into every level of DevOps processes, including policies.

• Technology-savvy business users always have the craving to leverage the latest tools; but when it comes to DevOps tooling and configuration management, there still persists a lot of uncertainty—which tools do what; and how they integrate with each other to deliver seamless collaborative experience and result-driven effort.

• The shift to DevOps culture requires development team to plan in iterations to optimize the end products by gathering valuable feedbacks from the QA team.

• Codification of deployment policies is imperative, regardless of the goal—IT as a Service, transitioning to a hybrid architecture, or operational consistency.

• Without establishing a culture of shared responsibility, DevOps initiative would fail. In order to cultivate a thriving DevOps culture, accountability is paramount—developers need to be both empowered and duty-bound to take ownership and responsibility for any issues caused in production, rather than playing the blame game.

• Transparency is another element, which instructs a sense of purpose across teams to recognize that everyone in the same team should work toward a common goal—both on communicating the business validation behind IT efforts as well as on rewarding failure. This further motivates the teams on a path of continuous experimentation and improvement.

An effective transition to the DevOps environment actually illustrates—people and the way they work together to gather metrics and determine if the changes made actually increases productivity for the enterprises.