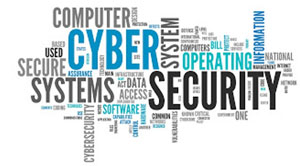 Every sector has been witnessing a drastic change in the way businesses operate with the introduction of AI. From homeland security to warfare, AI is present everywhere, and security agencies are moving to AI to ensure better security. They are deploying different devices like drones and automated identity checker. In warfare, the appearance of AWS or autonomous weapon system has completely changed the scenario.

The U.S. Department of Homeland Security also believes in AI to ensure security in the homeland. The works of DHS spans from border to cybersecurity. So, to control this vast area the inclination to technology is obvious. Previously, DHS tested the facial recognition system to recognize people walking by the White House. They published a report mentioning that U.S. Secret Service will be behind the maintenance of this system. This system was installed with the purpose of ensuring security. Through this system, the members became able to check potential threats.

To combat cybercrimes, DHS largely depends on AI. They have shifted to the holistic risk management approach to offer secured cyber space. DHS published its cybersecurity goals including some pillars like assessing and evolving cybersecurity risks, protecting federal government information systems, preventing criminal use of cyberspace, strengthening the reliability of cyber ecosystem, and improving management of its cybersecurity activities. DHS believes information sharing is an important weapon to fight cyber threats because threats are not constrained within a certain periphery. Under the Cyber Information Sharing and Collaboration Program (CISCP), DHS and other companies share data about various cyber threats and incidents to achieve improved security.

DHS maintains 'Community of Interest' within it. With AI, it believes in facilitating complete security, but the excess amount of data can be entirely misleading. It is a platform for mutual learning and sharing. The community holds meetings for new inputs into the technology of DHS.

Earlier, a partnership was made between Next Generation First Responder Apex program of DHS and the NASA Jet Propulsion Laboratory (JPL). They partnered with the aim of forming an assistant to decipher data by reasoning, extraction, and synthesis. DHS plays a vital role in the deployment of AI for security, and the formation of COI enables it to create bring about innovative ideas and implement them.

Gallagher: Innovating for the future of security

Cybermedia Technologies: Embrace the new wave of Digital Technologies with IT Modernization