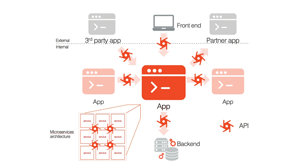 For many years, Microsoft Exchange has been a supportive host for large number of organizations. Its developments have enhanced the communication zone, particularly the messaging system, including mail server, groupware applications and e-mail program (e-mail client) through its updates from Exchange Server 4.0 to Exchange Server 2010 and 2013. With the latest release of Exchange 2016, organizations are finding ways to migrate and upgrade to the latest features and trends.

This article will help organizations and administrators find the right way and best practices to follow upon Exchange 2016 migration.

Take Note before Switching to Exchange 2016

Before deploying Exchange 2016 in the business environment, it is essential to check the current version of Exchange server (either 2010 & 2013 or older), read the release notes for Exchange 2016, and understand disjoint namespace scenarios. Disjoint namespace is the one where primary DNS Suffix of the computers in the domain is not same as the DNS domain name. For example, if the management of DNS in an organization is split between administrators who manage networks and administrators who manage active directory, the system may require topology with a disjoint namespace. Also, validate on the public folders, which need to be migrated to the latest version, load balancing and edge transport server availability, and third-party compatibility.

Though various migration strategies are available, the web-based assistant tool from Microsoft will help organizations to select the most compatible Exchange 2016 deployment with its step-by-step approach. The tool by Microsoft is simple to use and will call for few questions about the environment of the Exchange Server. It will deliver custom suggestion and create a step-by-step checklist to follow. The assistant covers three deployment options: on-premises, cloud, and hybrid. The assistant has an option for those who are migrating to cloud versions of Office 365 and Exchange. The assistant tool will help the CIOs to plan their deployment strategy according to the checklist generated at the end of answering all the suitable choices.

It is essential to upgrade to the latest, but before pressing start button to the deployment, it is always a wise approach to have a recovery plan, in case of server failure, network hiccup or power outage and to recover customer data.

Antivirus running in the exchange server will slow down the process of the server. It is recommended to exclude antivirus for specific paths, file types, and processes. By doing so, will reduce the server down time. To generate auto antivirus exclusion, Microsoft has developed a downloadable package, which is available on their official website.