Drones and their Role in Real-Time Mapping 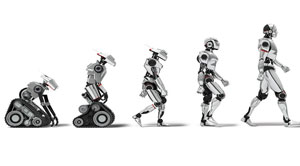 By scanning the physical world inside and out, both from the ground and air augments the process of digitizing and taking technology to the spatial environment eventually transforming business activities. These entire processes of surveillance or monitoring are done by drones not only for security purposes but also for mapping. Drones offer a game-changing feature of mapping which provides real-time data and information regarding the needs of the user. However, on the technology battle, Apple had a hard time competing with Google’s supremacy over mapping space. Although Apple has approval from the Federal Aviation Administration (FAA), it might not fall in Apple’s favor due to dynamic drone laws.

With the advent of drones, the entire process of real-time data and information collection has been revolutionized. The benefits can be practically felt by live-traffic monitoring with more accurate maps that make travel more efficient. But the functionality of drones is not only a boon for travel assistance, as it has a greater objective to thrive as well. Providing better data for rural areas, locating endangered animals and victims of natural disasters can be very useful during needy times. But, drones face major challenges and restrictions on flying over people and buildings that have to be overcome.

One of the main hindrances faced by drones is the purpose of the use. There are concerns regarding security, potential spying and maintaining privacy especially if the drones are hacked. Studies and reports claim that 87 percent of study participants showed support for drone use in geologic/climatic mapping and the percentage stands at 71, 48 and 42 for traffic surveillance, crime monitoring, and delivery services respectively.

However, the future of drone technology can be exciting if it is implemented and utilized properly for a greater good. The battle between the technology behemoths has given the idea of prospects of drones for mapping technology and surveillance unless it is widely accepted in the society.