Energous' WattUp to Change How People Charge their Electronic Devices 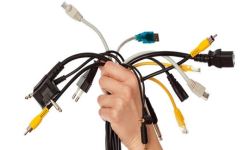 PLEASANTON, CA: Energous, developer of disruptive wire-free charging technology announced that it had priced its 4 Million shares at an offering price of $6 per share, totaling the public offering to $24 Million

Energous ‘ WattUp, is a wire-free or wireless charging technology that will change the way people charge and power their electric devices at home, office, car and elsewhere. WattUp delivers scalable power via the same radio bands as a Wi-Fi router. It differs from the current wire-free charging systems by allowing the users to roam and use their devices while charging, thus resulting in a true wire-free experience which saves the users from having to remember to plug in their devices.

The company’s lab has tested prototype devices which have enabled wireless transmission of energy from a transmitter to multiple receiver test boards at a distance of up to 15 feet. Energous is expected to initially license WattUp to the mobile accessory market and later expand to other markets over time.

It further plans to develop a receiver chip which will incorporate the “3D pocketformating” technology into various products thus allowing the charging of multiple electronic devices at upto 1.5 watts at a distance of upto 30 feet.