Enlightening the Intelligence Industry with Technology 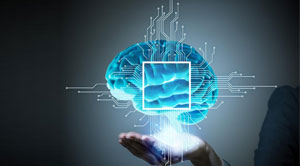 With the changing times and innovative technological achievements, the intelligence industry is reshaping and rebuilding itself to meet future demands.

FREMONT, CA: The Fourth Industrial age requires fourth-generation surveillance, which fuses conventional human abilities with rapid development and new alliance that mobilizes diversity and strengthens the forthcoming intelligence industry. The expanding level of interconnectedness between governments, communities, and systems today complicates the omnipresent nature of data, and the exponential pace of technological innovation.

Since technology has enabled people to communicate and exchange data almost instantly anywhere in the globe, it has also created channels where misinformation, blurred lines, and uncertainty prevail. Intelligence groups across the world are now at a junction, increasing technology spread, including artificial intelligence, big data, robotics, the Internet of Things (IoT), and blockchain, is changing the conventional laws of the industry. However, the spread of these innovative tools and solutions could generate information breaches and also contribute to intelligence agency backdoor threats. In addition to the insurgence of complexities, cybercriminals could use various malicious reasons because they are inexpensive and widespread.

Presently, immense portions of private and potentially libelous information are stored on internet sites, applications, and social networking sites that people access and update through their devices on a regular basis. With the assistance of a qualified information gatherer, these data can become proof for people, governments, and companies that can be used to solve actual economic, labor, and criminal issues.

The operative phrase behind the paradigm of OSINT is information that can be acquired free of charge, and most importantly, information. Whether it's inside publications, websites, mobile apps, tweets, social networking cards, photographs, podcasts, or videos, it doesn't matter as soon as it's public, free and legal. On the other hand, in the arena of cybersecurity, if combine it with critical reasoning and have a consistent OSINT tactic, using the proper tools for the OSINT examination have proved to be beneficial.

Previously, this type of analysis was smaller than categorized data, resulting in significantly reduced revenues in OSINT techniques relative to other techniques and references. On the flip side, agencies are already acknowledging that OSINT is more accessible to attain and more advantageous than different types of information which are far more complex and challenging.

While viewing International security opinions, much attention has been paid to how the government collects data or uses surveillance, although there are also major concerns about how companies use data. Whenever a terrorist incident occurs, individuals tend to favor more mass surveillance, yet at the same time, some people become more worried about their confidentiality and security of their civil rights. The argument that artificial intelligence would never be able to understand the full array of imperatives in rational decision-making, and that theoretical issues in human behavior interpretation cannot be evaluated, is often debated on a large scale.

Machines can gather information and recognize trends, but they will never be able to interpret the truth as animals would. Others also warn of the ethical implications for life-or-death situations of depending on computer systems, such as a decision to invade. However, by comparison, electro-optimists claim that human superiority, which over the last century characterized intelligence activities considered as lower scale, is now kneeling to technological superiority.

The Brave New World of Intelligence

Therefore, a modern order of investigative research is necessary, so intelligence organizations are present in possession of an innovative phase of reinterpretation. As can be seen by recognizing the profound modifications occurring around them, the intelligence agencies of today are still being constructed and operating in the spirit of notions of the cold war. In a context, intel agencies have not repressed the unpredictability that is describing in the present time and complexity that necessitates abandoning the dichotomous perception of the established intelligence and comprehending the intelligence undertaking. While there are doubts about the capacity of intelligence organizations to adapt and adapt to the problems of the future, and there is no question that innovative solutions with technological powers will have to do so that in this age when pace and significance will determine who will prevail further.