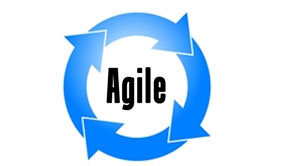 Agile management puts priority on adapting to a change rather than sticking to a plan. Surveys conducted by Deloitte and Mckinsey states that nine out of ten senior executives want to be agile, whereas remaining perceives their firm as highly agile. Though agile transformation is touted to be the next big thing, head-counting-reduction as its grey area is a major concern.

Team spirit was the cynosure in the 20th century, where organizations’ focal point was on establishing strong corporate cultures, spending huge sums on sensitivity training for managers to help them build rapport with the employees. In spite of all these, employees’ dedication was low. Organizations coined the term “team spirit” to shield their aim of making more money.

The focal point in agile implementation was on the spur of innovation, the improved quality of products and services, and higher customer satisfaction. However, it became obvious to the agile teams that focus of the senior management was that agile would empower a decrease in the company’s head- count and an improvement in quarterly profits. As a repercussion, transparency fizzled out and quality problems cropped up. The management was in despair, concluding that agile had succumbed to cost reduction. They deduced that Agile had failed— in future, attention would be on business outcomes. In other case, though firms have reaped the benefits of agile; they have persisted with sweatshop environment which is directly opposed to agile management. What remains a question is if both agile management and sweatshop can co-exist is a matter of concern, given the clash of ideologies between the former and the latter. Emphasize on doing “more work in less time” as deduced by Jeff Sutherland in his book, Scrum: The Art of Doing Twice the Work in Half the Time, has veered from the point that agile is not about doing more work but providing more value from less work.

With the prospect of Agility, a firm was advancing profitably and taking huge strides in its agile implementation when an order came from the top to cut cost significantly to boost quarterly profits and the share price. In making the cuts, the managers did what they possibly could to safeguard the gains being made from the agile implementation and to lessen the collateral damage from the cuts. However, the consequences of lost trust were huge.

These case studies help us see why Agile and its contemporary like scrum anything but a fad.

iObeya: Unleashing the Power of Visual Management for Agile

Atlassian: Forging the Path to Agility