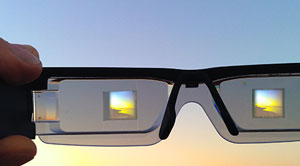 FREMONT, CA: Epson, an electronics company and manufacturers of computer printers, and information and imaging related equipment, has launched its third generation of Moverio— BT-300 smart glasses for Augmented Reality. The company has launched this new device after the success of its predecessor, BT-200, with upgraded features.

Featuring Epson’s silicon-based organic light emitting diode (OLED) digital display technology, the new Moverio BT-300 makes the device to be the lightest see-through binocular smart glasses, which is about 20 percent lighter than its predecessor, the BT-200.

“Moverio is distinct from other smart glasses. With OLED we can take advantage of reductions in power usage and weight, and improvements in response times, HD resolution, brightness and contrast. By choosing silicon rather than glass for our base wafer we achieve an even more high-density pixel display,” states Atsunari Tsuda, General Manager responsible for Moverio.

Developed with a quad core Intel Atom processor and Android OS 5.1, the new release highlights binocular smart eyewear, real optical see-through overlay, and enhanced performance. The BT-300 has five megapixel front-facing camera and increased power to enable it to process 3D heavy content, and maintains up to six hours of battery life. In addition, it features an LED to indicate when the camera is recording, while maintaining the privacy standards.