Evolution of Authenticating Tools in Banking 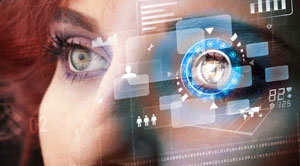 Fraud is a major concern in banking; passwords are essential to confirm customer identities. However, in the not-so-distant future, biometric authentication will replace passwords and traditional passwords, as per the report. Banks are already experimenting with facial recognition, voice recognition and palm scan technology, but the challenge is to convince people to use these new forms of authentication.

Smartphone manufacturers have equipped their devices with fingerprint sensors and as a result, many mobile banking applications allow customers to log in with a swipe of a finger rather than entering a password. The report states that financial technology firm Fiserv has implemented its palm authentication technology, which identifies people based on the vein pattern in their palms. Institutions such as Wells Fargo, USAA and Ally Bank have initiated retinal scan technology but received a negative response with eye scans and the security of the stored retina patterns.

The report states that biometrics can reduce fraud and increase convenience, which benefits both banks and customers. Applications for instance, will use facial recognition and fingerprint scans along with a phone’s location or other information to identify the customer. The report talks about the future where biometrics is integrated into the banking experience. The layered approach for identity confirmation involves multiple pieces of biometric data, which results in preventing fraud and securing privacy. For people reluctant to use biometrics, banks will provide an option to for traditional authentication methods. Albeit, the simplicity of conducting a transaction through a scan in contrast to inserting long passwords, two-factor authentication and other meticulous safeguards will evoke a second thought for such users