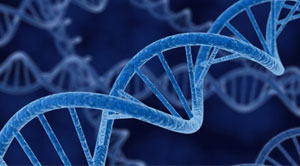 The fact that a new technique is under development using which scientists can replicate the way human bodies copy their own DNA, creating a gene in one day is not a far-fetched dream anymore. Although a few hurdles are yet to be crossed before contemplating on this marvelous feat, this new technique has the proclivity to enable researchers to rewrite microbe genes promptly, and synthesize new medicines comprehensively.

According to George Church who is a geneticist at Harvard University, the new technique is going to change the way DNA was made traditionally. Comprehending that our cells generate DNA differently, researchers are making inroads into re-engineering polymerases to write new DNAs.

After trying for years to make terminal deoxynucleotidyltransferase (TdT) add one nucleotide at a time and stop, scientists have finally concluded that when TdT adds DNA letters to an oligo, it is limited from adding further. To address this prime predicament, scientists decided to cultivate their own oligo. Being cheap in terms of approach, these oligos have significantly made it easy for scientists to manufacture TdT from bacteria and yeast. With the ability to attach to oligos in 10 to 12 seconds, synthesizing a whole new gene will take a day approximately.

Church further states that in order to replicate oligos up to 1000 bases, the approach needs to be hundred percent accurate. Scientists expect that, when this new technique finally becomes more accurate than traditional methods of synthesizing DNA, the whole industry would be revolutionized and it would be possible to create huge libraries of data on DNA.