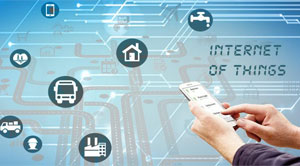 FEDERAL WAY, WA: Internet of Things (IoT) is predicted to be one of the apace technology trends that brings disruptions in distributed intelligence and autonomous operation through real-time analysis of voluminous data. Embedded database technology addresses the challenge of managing such high level real-time data efficiently and securely. A deliverer of data management solutions, McObject recently released eXtremeDB 7.0, an upgrade to its embedded DBMS product suite for the IoT. Explosion in the use of smarter connected devices has increased the use of this high performance, low latency, ACID (Atomicity-Consistency-Isolation-Durability), in-memory, cross-platform IoT enabled database. The new release guarantees improved functionality of devices and server and promises more flexibility in building technology for the developers.

eXtremeDB supports the fundamental tasks in the embedded software of the field-enabled devices and on servers that work as IoT’s aggregation and control points. Diverse snapshots of its usage have been noted in the fields of electronics and communication, defense and aerospace. The software is at the cutting edge because of its minimal hardware requisite, on-time responsiveness, fault tolerance, zero administration operation and high scalability.

The software assists in controlling the size of the stored data by compelling developers to declare the maximum row count of a table along with its validation time so that an addition of a new row automatically removes an expired one. SQL implementation along with ODBC (Open Database Connectivity) functionality has been ameliorated in this variant. “Improvements in eXtremeDB 7.0 will have broad appeal to developers,” affirms Steve Graves, Co-Founder and CEO, McObject.

In business, data has no utility unless it is analyzed. McObject concentrates on coalescing Big Data with IoT to leverage hardware resources in a manner that enables upstream applications to turn the ocean of data into information and extract insights from them.