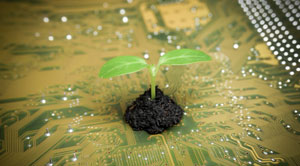 The new multicore processor shows flexibility by incorporating optimized memory architecture with high bandwidth to internal as well as external memories and multiple interfaces for various types of Ethernet such as 1GE, 10GbE, 25GbE, 40GbE, 50GbE and 100-Gigabit and Peripheral Component Interconnect (PCI-Express).

The new chip helps offload and accelerate deployments with servers and virtual machines (VMs) to manage reaching to better performance and higher applications density for NFV and Software Defined Networking (SDN). The solution magnifies the throughput and scaling with reduction consumed power and cost by optimizing platforms such as appliances, blades, intelligent adapters or NFV servers for running Virtualized Networking Functions (VNFs).