Facebook Acquires Wit.ai to Move Beyond Computers and Smartphones 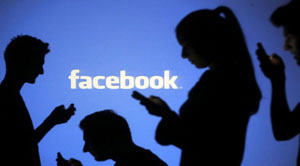 The voice recognition company develops software that has the ability to recognize and understand spoken words and understanding written text which is in natural language, is one of its key features. Wit.ai is an application programming interface (API) that allows users to build a Siri-like speech interface for their app or device.

Facebook representative declined to provide details on how they plan to use the technology or with which group within the social networking site the wit.ai team would work, reports Alexei Oreskovic, for Reuters.

The acquisition comes in the wake of changing trends where companies are adopting voice recognition technology to various devices like watches and washing machines. It follows the acquisition of virtual reality headset maker Oculus VR in March 2014

The wti platform will be open, and as a consequence of joining facebook, it will become free for developers. The latest move holds a mirror to facebook’s ambitions of expanding beyond computers and smartphones that are used to access the service.