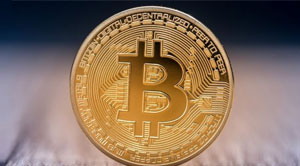 Bitcoin is the most burgeoning cryptocurrencies of all. It is electronic cash, a decentralized digital currency that is transacted peer-to-peer instead of central administration or banking organization. The currency is an application of budding blockchain technology that came to limelight from 2012 to 2013 when its value gained a sudden increase. Since its advent bitcoin has been the talk of the industry and many investors seek to invest in it but the recent degradation of its value has raised questions on its future. Various factors have obstructed the growth of Bitcoin some myths and some reality.

Bad Reputation: Many fiat currency supporters alleged the currency bad as the blockchain technology involved eliminates third-party intervention in the transactions, only peer-to-peer. There is no record of transactions with governing and regulatory authorities. Money laundering activities were supposed to gain huge rise because of the same which certainly is a threat to country’s economy.

Lack of Awareness: Bitcoin is an application of budding blockchain technology about which people do not have much knowledge and myths traveled faster than truth. Although, bitcoin concept is tricky and complex to understand at first for a layman to understand and they see it as a too technical approach.

Price Volatility: Bitcoin is a highly volatile asset whose value changes very quickly. When bitcoin value reached its peak investors and traders got gravitated towards it but soon they understood the volatile nature and refrained themselves.

Scalability: The blockchain technology on which bitcoin operates has seen immense growth in its transaction last few years. Currently, it only has a limit of three transactions per second which raises the question of scalability as when it will have full-fledged use it will be a great drawback.

Security: Unlike fiat currency, bitcoin is stored in a digital wallet vulnerable to cyber attacks. Also, there is no governing authority which restricts mob to trust the currency completely. Although, the technology gives complete control to the user for the access of his/her currency, but scandal incidents from the past are still a question to it.

Blockchain and bitcoin both are budding and are under development phase. More researches and experiments will give new breakthroughs in the landscape of cryptocurrency that will define its future path. Bitcoin mining is also gaining rapid growth which means that there is a scope of the new bud.