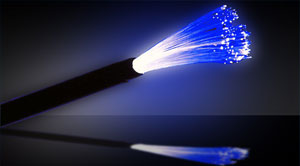 The previous version FC-BB-5 works on the concept of Fibre Channel Forwarder (FCF) – domain ID for Fibre Channel over Ethernet (FCoE) that encapsulates FC frames over Ethernet networks. The FC-BB-6 improves these capabilities by introducing ‘Distributed FCF’ or ‘Distributed-Switch Architecture’ where control and data planes are separated out in the new switch architecture.

FC-BB-6 is supposed to achieve few specific goals and objectives such as virtual-node-to-virtual-node (VN2VN) support, establishing virtual links between FCF’s and FDF’s, and Domain ID scalability issue by reducing the number of Domain IDs in a SAN designs. The new version also supports point-to-point and multipoint storage network designs and removes unnecessary bottlenecks for high performance solutions, as reported by Rupin Mohan from Infoworld.