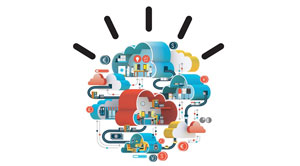 AN OUTLINE OF SAAS MIGRATION:

Cloud computing has benefited many enterprises by reducing costs and allowing them to concentrate on their core business competence rather than IT and infrastructure issues and efforts are being made to expand it beyond current limitations like security and privacy. As the technology has made inroads in major enterprises, our questions have gradually changed from, “Should I migrate to the cloud?” to “How do I migrate within the cloud?” Migrating to the cloud, or within the cloud, should not compel you to perceive it as something intractable, but like every other technological migration it should be embraced and benefits should be derived out of it. According to Gartner, “Organizations are migrating applications from on-premises to SaaS and from SaaS to SaaS. However, the concessions being achieved are not optimal from a cost perspective. Technology procurement leaders should use this note to focus migration negotiations and maximize benefits”.

A survey by Gartner revealed that the traditional deployment model for on-premises software is expected to significantly shrink from 34 percent in 2014 to 18 percent by 2017. Numerous times, when new technologies arrive, there is certain discernment that the technology will unravel everything. The benefits of cloud technology can be endless, but like every other technology it also needs a proper planning and design for seamless implementation. Cloud technology offers many advantages to businesses, but as with all innovation, it will never contradict the need for proper design and planning. Having the ability to move easily between cloud providers is an important consideration when choosing a cloud provider. The cost of a cloud migration should not outweigh the advantages of moving to a new cloud provider.

Sophistication of existing platform gives an idea what new to implement, where to go and where not to. Logically, one would not want to shift from one platform to other unless he isn’t satisfied with what he has. But when the need arises enterprise needs to look out for a solution which is better suited to its framework. The processes to be implemented in the new SaaS infrastructure should be defined among the employees prior to the implementation of the service to avoid any chaos on later stages.

Apart from defining the roles, several questions need to be answered before implementing the new SaaS infrastructure. The costs incurred while migrating within the cloud can be huge but one needs to ensure the benefits derived from migration should be worth the money spent. This question plays a big role in carrying out the deal with the vendor. If this uncertainty is clarified one can go on with the migration.

All one has to do is to secure data to maintain integrity, security, and satisfaction among the business environment. To ensure the security of the data, IT experts need to comprehend the working of tools provided by the SaaS vendor. The tools that support in importing and exporting data need to be studied comprehensively to ensure security of data while migrating. An enterprise knows its data the best and they need to adhere to vendors import/export tools to make it a fortress with negligible intrusion. Enterprises need to test the tools against their model to confirm the movement of data in and out of the SaaS system. “Mitigating security risks is imperative to creating a comfort level among CIOs and CISOs, to transition applications and data to the cloud,” says Adam Stern, Founder, and CEO of Infinitely Virtual.

Technologies becoming progressively innovative with its increasing ease of implementation does not mean enterprise have to take things for granted. Improper planning could easily increase risks. Especially in cloud, firms have to be cautions to avoid vendor lock in. The SLAs play a crucial role in this regard and demands thorough scrutiny. The market is witnessing an increase in migration rooting from several reason ranging from discontinuing service, merger acquisitions, intense competition among vendors, compliance or legislation issues etc. While backup options offered by the vendor could aid in migration, the in-house IT should be prepared to smoothly execute it.

Migration of SaaS is relatively easier and rapid than the customization of new software service in the business. The fact prevails that the level of customizability traditional on-premises software applications provide is much more than what SaaS provides. Keeping this in mind IT experts are working to increase the customizability of SaaS applications. Customizing the new SaaS software application services in the businesses should be the prime focus of enterprises after the implementation of new platform. Customizing candidly helps enterprise to meet their specific needs and help proficiently the organization to go into the stratosphere from there.

When migrating from one SaaS infrastructure to the other, a business first has to modify up their hardware in accordance to new service. After modifying the hardware, enterprises need to install software applications onto their hardware platforms and customize the applications with the hardware.   After all the hue and cry, all the hard work and dedication, comes the time when enterprises have to knock the final nail in the coffin by testing the implemented SaaS software service. Default internet browsers, workloads on mobile phones all should be tested to ensure the credibility of the new implemented service. Or just to go a notch down, enterprises need to test the occurrence of crashes of software applications under heavy loads. So Migration within the cloud is carried out to get something better than what already existed and if executed in a structured manner, enterprises will surely get benefitted.