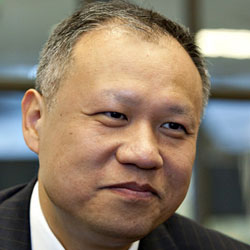 FREMONT, CA: Fortinet is projecting towards a plan for its firewalls and supplementary products and also products from third-party vendors to work together to bolster security across cloud, core networks and remote devices.

The architecture of Fortinet Security Fabric is entrusted on direct communications which is an integral facet among few of its own products such as the FortiGate next-generation firewall, FortiMail email security and FortiSandbox advanced threat protection system–along with those of other vendors through APIs.

“Each and every third-party device can take part in sharing info based on the abilities of its API,” says John Maddison, SVP, products and solutions, Fortinet.

The company is stating a coalition with CarbonBlack to develop better protection against advanced constant threats. “When CarbonBlack’s endpoint protection detects and gets hold of suspicious software, it can share this information with FortiSandbox, for example”, says Maddison. “The suspected software can be run in isolation to verify if it’s malicious and to decipher a solution to avoid and solve any harm it might cause.”

The CarbonBlack integration is under testing by clients and it should be available within a month.

Fortinet has employed a few more third-party vendors’ APIs in six classes: cloud, management, SDN orchestration, SIEM and virtual systems. The real sharing capabilities rely on the APIs at disposal right away with each and every third-party product, but each of them being considered as part of Fortinet Security Fabric.

Fortinet is bringing in a new chain of FortiGate advanced firewalls boosted partly by a new ASIC that unloads specific security functions from the machine’s general CPU.

“The newfangled processor should also advance performance of SSL traffic but the company doesn’t have metrics on that yet,” says Maddison.

The company contrives to integrate the CP9 chip in new devices that will be showcased over the next several quarters.