Future Is On The 'Cloud'

Future Is On The 'Cloud' 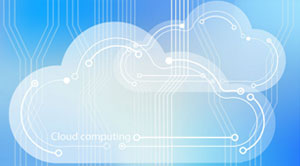 FREMONT, CA: As 2013 bade goodbye, it’s time to have a look at the changes that took place in one of the most happening technologies - Cloud. Most of the cloud computing experts got it right when they predicted – continued dominance of Amazon Web Services (AWS), widespread acceptance and conversation around Platform as a Service (PaaS) and the continued importance of big data and mobile cloud services. “AWS has become the iPhone of the cloud space, and the Androids of the cloud are in their early stages,” says Mark Eisenberg, Cloud Visionary and Former Member of Windows Azure Sales Team.

Compared to 2013, most IT companies believe that 2014 will be better in terms of growth and their services. The ability of the cloud to generate entirely new types of applications will come to general attention and will excite the IT companies with prospective opportunities it will offer.

Jay Kidd, Chief Technology Officer and Senior Vice President at NetApp predict that “hybrid clouds will become the dominant vision for enterprise IT. CIOs will sort their application portfolio into those applications that they must control entirely (in on-premises private clouds), control partially (in enterprise public clouds), as well as workloads that are more transient (public hyper scalar clouds) and those best purchased as SaaS. IT will act as brokers across these diverse cloud models.”

The second important prediction is that 40GbE adoption will take off in the data center. The next evolution of the Ethernet, 40GB, will begin widespread adoption at the core of the data center.

Experts vision that several technology trends that revealed a stronghold in 2013 will continue to grow further in 2014 like - clustered storage adoption will accelerate, converged infrastructure will become the most compelling building block of data center infrastructure and the adoption of object storage will grow as applications that monetize vast capacities of data objects gain importance.

Check This Out: Press Releases