Gamification in Pharmaceutics: The New Game-Changer 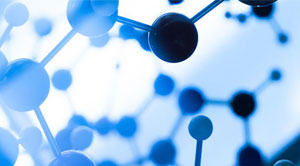 Gamification has been evolving over the past few years slowly transforming every industry, including pharmaceutics. For instance, there is an adventure game called ‘The Paper Kingdom,’ which teaches kids about the risks, realities and benefits of clinical trials and also comforts them in uncertain times. A firm called Boehringer Ingelheim has launched another game called ‘Syrum’ where gamers play as an R&D pharmaceutical company that has to develop drugs and put them into clinical trials, mimicking the real industry process. Additionally, Syrum also promotes disease education, science, innovation and the pharmaceutical R&D process to the public, who aren’t really aware of how much time and effort goes into making new medicines.

Lilly, another firm, has released an online board game called ‘Destination Discovery’ that helps users enjoy the challenges of ‘bringing a new medicine from molecule to medicine cabinet’ through an interactive offering where the player goes through an R&D course and answers trivia questions as they progress. Cancer Research UK has also launched a science game called ‘Genes in Space,’ that is aimed at helping its scientists discover new treatments for cancer. The task of the player is to collect a fictional substance called Element Alpha. By playing the game, players will be able to analyze significant amounts of genetic data that can then be used to develop new and potentially life-saving treatments.

Hence, everything from new drug research to physical therapy and patient education has the potential for positive changes as this technology trend catches on. Researchers too will benefit from using it to provide patients with detailed digital simulations and gauging as to how they react to changing situations or stimuli on a psychological and/or physiological level. It will also help improve patient-doctor engagement and help doctors drive better results. Lastly, companies can also use it to promote disease awareness campaigns and deliver their marketing messages and advertising to a wider public.