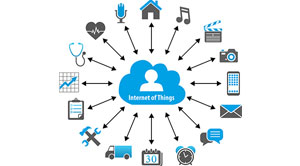 FREMONT, CA: These days, devices connected to the Internet of things (IoT) include printers, routers, refrigerators thermostats, and other home automation network driven by artificial intelligence. There are also additional gadgets that people keep at home, carry or wear around like smartwatches, smart locks, and others. With the addition of the next wave of devices, the security implication is even higher than before.

Following are the most common IoT threats to expect:

Smart appliances, such as refrigerators have the same functionality and computing power as that of a modern tablet, which means they can be seized and turned into email servers. An earlier investigation by a research firm shows that a smart refrigerator sent out over thousands of spams without the owner’s knowledge.

Skilled hackers can cause enormous damage by acquiring personal data just by recognizing an unsecured IoT device leaking the internet protocol (IP) address. So, it is essential to secure IoT connections with the help of virtual private networking (VPN) technology. Besides, encryption of traffic is now possible through the Internet Service Provider (ISP) by installing a VPN on the router. The right VPN helps people in keeping the IP private and protects an entire smart home network.

The threat has been the most dangerous since the inception of IoT, and device manufacturers to a degree have been complicit. When IoT devices are delivered to stores with default usernames and passwords, consumers are not expected to change and protect the credentials unless the manufacturer insists upon. Additionally, the alteration is made possible only through reference materials and instructions.