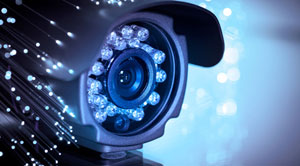 A sharp increase of 9.3% in the previous year has been recorded in the market of professional video surveillance equipment in accordance with the report by IHS Markit. This is a big comparison as it was just 3.9% in 2016 and 1.9% in 2015.

IHS Markit states that the government is spending more on such types of equipment to fight crime and terrorism whereas the private sector is spending on replacing equipment in retail and commercial installations.

As the global demand for security cameras have increased in 2017, the average prices of these types of equipment continued to fall. However, revenue generation from these grew in most countries, India and Brazil topping the list.

A further increase in demand for security cameras is expected in 2018 and a lower-level of price erosion is also estimated. An amalgam of these factors is said to lead to a 10.2% growth in the video surveillance equipment market, which is predicted to reach $18.5 billion in the same year.

• Deep learning-enabled recorders and servers are considered a new category this year, is surely an important element as it is what many expect to be the next generation of video analytics using AI. They accounted for just 1% of the global market revenue in 2017.

LABUSA: Integrated Security at Its Best