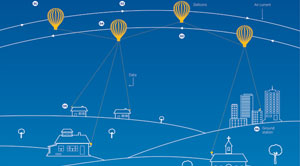 FREMONT, CA: Google has been working on its dream project ‘Loon’ to provide internet access even in hard-to-reach areas of the world. Forwarding a step into the same path, the company teams up with SpaceX – a space transport service company – to generate a network of hundreds of satellites for connecting everyone on the Earth.

Google believes that with this deal, they will be able to setup floating balloons in the stratosphere where it can rise or descend into the layer of wind blowing in desired direction. With acquisition of Skybox Imaging – a satellite imagery service provider – and partnership with telecommunications companies, the company can share cellular spectrum through which people can connect to the balloon network from their phones and other Long Term Evolution (LTE) enabled devices. The signal will be passed across the balloon network that facilitates the internet globally on Earth.

Dana Hull, Brian Womack and Serena Saitto from Bloomberg.com report that Google’s funding will help SpaceX advance their rocket and space technology including the areas of space transport, reusability, and satellite manufacturing to establish a city on Mars, one of its dream project.