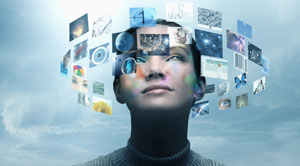 FREMONT, CA: Google recently released an update to its virtual reality platform by the name of “VR view”, enabling immersive content to many platforms. The experience of Virtual reality while playing game and movies is unbelievable but when it comes to real-world use cases there’s a scope for improvement to VR.

Google aims to start the process with 360 VR content by making it user friendly and in the process, way more spontaneous for users to discover and view. The company unveils a new initiative, VR View. It allows developers to easily embed VR content within apps on Android, iOS for iPhone and iPad, and the web.

Lucay Matney, Writer at TechChrunch pinpoints that “major hurdle for the utility of VR in that regard is the level of premeditation that has to take place on the user’s part before they engage with content.”  He adds “not only is someone going out of their way to have a VR headset on-hand but they also are visiting a dedicated VR app.”

VR View makes VR content more simple to implement, discover, and view. With this tool, VR photos can become something just about everyone can easily access, as it lets users to jump into an immersive experience with just a click of a button in the browser or tap of a photo in an app.

With a few lines of code, developers can add VR content to their website or apps, allowing them to show off whatever their heart desires. Vogue could uniquely show off the latest looks on the runway online that it could offer engulfing demos of products. The possibilities are endless.

To complement this tool, Google is also adding iOS support to the Cardboard SDK. Among 5 million Cardboard viewers VR View is the popular virtual reality platform. Google is making it way simpler for developers to embed VR content to its sites and native apps as well as giving Cardboard users with better ways to find and view their content.