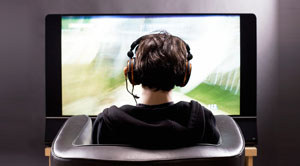 Rumors about Google’s involvement in the gaming sector have reached the peaks. On the gaming site Kotaku, rumors say that Google is working on a multipronged game that involves both hardware and code, and a streaming platform, named “Yati.” Few collaboration meetings and some investment of money don’t help build a successful gaming platform. Gaming has been a big lucrative business that will potentially give Google a lot more eyes to its advertisements. The company is invading the video game initiatives and was poised to acquire Twitch before Amazon swooped in.

According to the gaming site Kotaku’s sources, Google is looking to buying game development studios in their entirety. However, this is just a rumor. In case this is true, it means that Google aims to become games publisher for in-house created content. The question is, why is Google targeting game streaming as its next frontier? Finding concrete launching date for its game streaming platform is unclear. It cannot be long until Google announces the launching date, as many publishers seem moving toward a streaming-based gaming model. Google had incubated Niantic (augmented reality game company) internally that produced nearly a billion dollars by collaborating with Nintendo on Pokemon Go, but it had spun out and developed into an independent company recently, and Google has a history of hiring game developers for the projects that haven’t yet materialized.

For many years, through Youtube and Google Play stores, Google has proven that it can create an ecosystem that provides high-value video game content. Ultimately, Google can pay for the video game content, but it is the package around the content that’s going to matter the most. The company has been mainly in presentation through creating attractive, useful ways to consume existing content. Even their hardware is based on content presentation. Google has the power of producing a compelling space for gaming but needs some work to make it successful and robust.

There are many reasons for the tech giant to enter the video game industry, but the journey is certainly not easy. It is possible that Google has a kind of skunkworks project that will take the gaming industry by storm as the Microsoft did with the Xbox console.