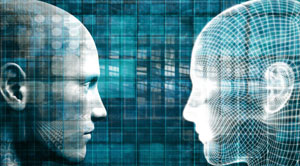 Although both local and federal governments have been relying onnatural language processing and chatbots for seamless communication, full-fledged adoption of artificial intelligence is still a far-fetched idea. The governments would require significant time and cost investments before AI is extended to the many facets of governance.

What’s new for the government, however, is the thorough utilization of machine learning for training particular chatbots. Doing so, governments are able to deliver reliable and visible outcomes. Further, with natural language processing, theycan decrypt unstructured texts and this capability can be of help in fraud detection and other related areas. The perks of using AI being multitudinous, governments should not only focus on leveraging AI but also start mapping their future course of action keeping AI in mind. In a world which is dependent on data, if governments do not use AI, it won’t be long before governments would lose the grip over the affairs of the state. In this scenario, government can act as both practitioners of AI and co-creators, building the right foundation for third party vendors and developers to set the country in the right direction of data.

Although AIis considered a threat to jobs, many AI evangelists breathe confidence in this nascent tech innovation. It is surprisingly, a job creator, according to AI proponents. With automation growing across verticals and horizontals in private and public sectors, numerous job openings can be expected to be rolled out. Asa win-win case for governments, they will be able to provide more jobs to public, and at the same time leverage AI to make lives better. Using advanced analytics and intelligence, many problems can be solved and noticeable progress can be carried out by governments. It won’t be wrong to say that in the upcoming fanfare of robots, people will have better lifestyles and access to powerful tools that will rejuvenate the seeds of comfort throughout lifestyles.

Another striking fact about AI is its ability to solve the mostpressing problems faced by various communities. Considering the recent global debates that revolve around people not wanting AI to make real-time decisions, the AI enthusiasts continue to convince global populace about how AI can ameliorate the quality of human life and not control it. Governments should realize the amount of control that AI functions should have.

Governments should focus on the problem, and how they can use the technology to curb that problem. In case of AI, progress is visible but is slow. Governments have to make sure that when they trust confidential and classified information on a technology, the technology must be fool-proof un-breach-able, secure, accurate, and transparent. Governments should hire efficient agents who will be able to control the data that is exposed to technology. They should understand information management, get used to the policies and social allowances of data, and then leverage the technology to generate desired outcomes.

Considering all these factors, it won’t be wrong to say that it may take a few more decades for governments to completely incorporate AI. In the days ahead, most likely AI will be considered as a consolidated technology which is the integration of other small technologies and run-time applications. In future, new versions of AI will come up, and the society will witness that governments are doing their best to keep pace with these latest technological advancements.

Check This Out:-  Top Artificial Intelligence Solution Companies in UK