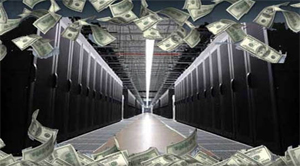 FREMONT, CA: While data centers pack and stack server rack to initiate raw processing power to fuel cloud computing initiatives, there is also an investment made in a range of energy-efficient cooling technologies. However cooling technologies are yet to yield expected Return On Investment (ROI) in green data centers, informs Ed Scannell of TechTarget.

"Data centers aren't saving money through better energy efficiencies or cooling technologies as they are through the power consumption improvements built into server chips themselves,” said Greg Carl, solutions architect with SyCom Technologies.

Ideally its takes about three or more years for a green data center to restore energy efficiency investments. “Three years ROI is acceptable to most data center professionals, although they would prefer something closer to two, because energy-efficient green technologies take longer to show a return, data center executives must decide early on just how much green they can afford to buy into without going over budget. Sometimes, that turns out to be not quite enough given their growing server population,” says Steve Harris, vice president of data center development for Forsythe Technology.

"Until very recently, an air-based cooling system couldn't achieve the same PUE levels as a water-based chiller system. This is a big breakthrough for the design we want to bring to market," Harris said.

Microsoft flaunts a rack of servers boosted by the data center output of a fuel cell stack, which annihilates much of the power infrastructure needed in a traditional data center and therefore reduces potential hardware and software failures that lead to crippling outages.

Microsoft did admit, however, that off-the-shelf fuel cells have a "levelized cost of energy" that can't compete with traditional power generation, although they have the potential to be much less expensive. Microsoft said the electrical efficiency from the fuel stack to the server improved 53% from 39.8% with conventional electricity hardware. Nevertheless swapping to a modern and well-equipped collocation provider could reduce energy costs.

BBT: Ensuring connectivity to IT infrastructure in the Permian Basin