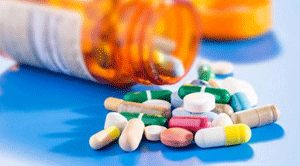 Adopting a technology that can be easily adjusted for a number of therapies is critical for drugs that involve smaller patient populations with low annual quantities.

FREMONT, CA: Adoption of self-administered or home-based drugs is a trend that is helping patients across the globe for some time now. However, subcutaneous drug deliveries equipment are expected to evolve into drug-device combination products that are simple to use and designed to enable the patients to administer the drugs correctly.

Another device which is not popular but may witness widespread adoption in the future is the wearable auto-injector. The auto-injector is attached to the skin to deliver a large volume of dose within minutes against the capacity for the smaller dose of a handheld injector. The proliferation in the use of biologics is creating a growing requirement for the latest wearable auto-injectors which are also known as large-volume body injectors, patch injectors, on-body delivery systems, or wearable bolus injectors (WBIs).

Opting for a wearable injector against a handheld injector depends on the volume and frequency of dose. The major area of application for patch injectors will be in 3-10 mL space for quarterly or monthly autoimmune or immuno-oncology therapies. Moreover, adopting technologies that can be easily adjusted for a number of therapies is critical for drugs that involve smaller patient populations with low annual quantities. Using electromechanical drive system that is programmable for different viscosities or volumes ensures consistent flow rates that allow reproducible injection times.

Some of the firms are developing single-use, prefilled wearable injectors in the metrics ranging from 1-20 mL. Various devices despite the volume they are meant for are based on the same pumping mechanism. Such a platform reduces the risk involved in development and commercialization.

Incorporating osmotic pump is another way for prefilled WBIs to deliver 1-10 mL of drug, which is a completely mechanical drive. Osmosis creates high pressure and thus suits well with high viscosities or high tissue paper back pressure that can be an issue with electromechanical devices. The limitations of battery life in cold storage conditions also get removed from the equation with the elimination of electromagnetic component. The removal of an electromagnetic component also offsets the environmental impact of disposal.